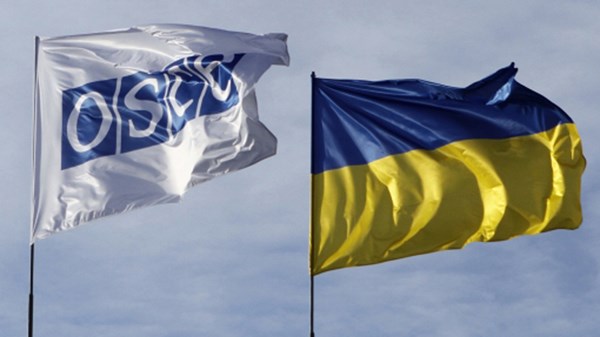 The Ministry of Foreign Affairs of Ukraine has called on the Organization for Security and Cooperation in Europe (OSCE) to react to human rights violations in Crimea and other regions of Ukraine which are beyond the control of the country.  This was stated by the Deputy Director of the Department of International Organizations of Ministry of Foreign Affairs of Ukraine, Vasyl Pokotylo, at a round table dedicated to Germany’s presidency of the OSCE in 2016.

Pokotylo continued, “We believe that the OSCE should pay greater attention and respond to the unsatisfactory situation in the field of human rights observance in the occupied Crimea as well as the Donetsk and Lugansk regions, which are temporarily out of the control of the Ukrainian government."
Crimea was annexed by Russia in early 2014.

He went on to mention that Ukraine is ready to cooperate with the OSCE and its institutions, in particular with the OSCE High Commissioner on National Minorities.  He also expressed hope that the OSCE will monitor the human rights situation in the occupied territories of Ukraine and inform the relevant parties about any violations.

The  entitled "Ukraine in the priorities of Germany's presidency at the OSCE" was held in Kiev with the participation of representatives of the embassies of the Federal Republic of Germany and Austria in Ukraine.  Other experts and human rights activists also attended.

The OSCE was founded in 1975 and has 57 members, including all post-Soviet states, all the states of Europe and the United States as well as Canada and Mongolia.