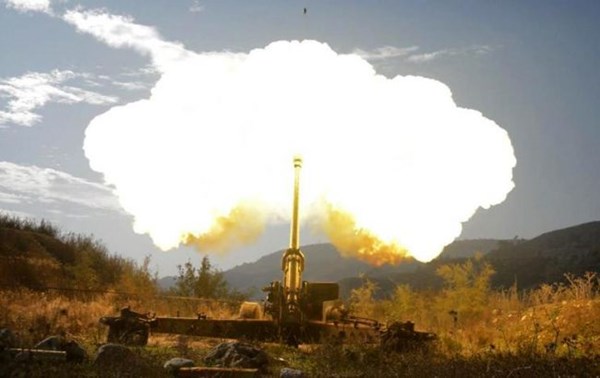 On the night of August 28-29, Ukrainian troops fired back at pro-Russian forces in response for the shelling of the town of Avdiivka by Russian troops on August 28, reported Ukrainian journalist Yuri Butusov.

According to him, the Ukrainian troops shelled predefined targets, which are in the area of responsibility of a number of brigades of the Ukrainian Armed Forces.

"An adequate response after the shelling of Avdiivka is the destruction by the Ukrainian artillery, which used a sufficient number of shells, of one of the Russian military bases that are in the area. Such a shelling should be carried out with an adjustment from a drone and with accurate guidance. This is because the Russians struck at the command posts of the 34th battalion, the 16th battalion, and at the base of one of the subdivisions in Avdiivka. That's a really "adequate response." We are very much waiting for the further display of such full-fledged adequacy," Butusov said.

Butusov also drew attention to the fact that if the Ukrainian side does not return fire, the pro-Russian militants begin to feel their impunity and continue to carry out armed provocations.

"Avdiivka has not been shelled since 2017, and if you do not respond now so that the Russians understand this, they will continue to shell it. And Russia understands only one language, the language of howitzers. Everything else does not reach them and is perceived as weakness," he stressed.

Earlier, Butusov said that Russian militants shelled Avdiivka with artillery for the first time since 2017, and the Ukrainian military was not allowed to respond with fire.