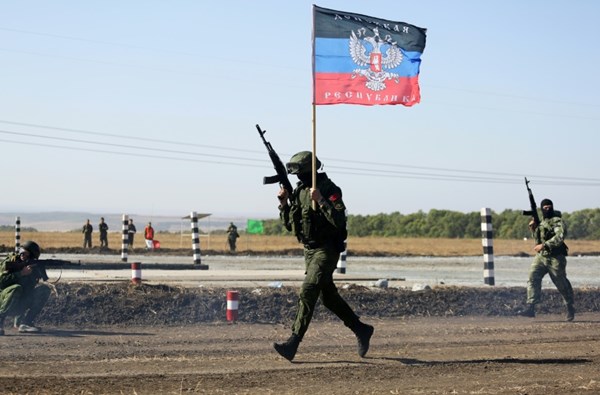 Deputies of the Russian parliament, the State Duma, adopted a resolution calling on the Russian President to recognize the independence of the self-proclaimed Donetsk and Luhansk People's republics. During a vote on Tuesday, February 15, the Russian MPs approved the declaration prepared by the Russian Communist Party, which is expected to be sent directly to Vladimir Putin. 351 deputies voted in favor for the declaration, 16 were against and one abstained.

The deputies also considered a similar declaration prepared by the United Russia party, which provides for consultations with the Russian Foreign Ministry before sending it to Putin. This document was supported by 310 MPs.

Voting for both declarations took place at the same time. As a result, State Duma Speaker Vyacheslav Volodin announced that the parliament's appeal to the president on the recognition of the DPR and LPR would be signed immediately, and then sent to Putin.

The resolution of the State Duma deputies on the recognition of the self-proclaimed republics of the Donbas was adopted amid a sharp aggravation of the tensions around Ukraine. In recent days, the United States has repeatedly stated that Russia, which has deployed more than 100,000 troops to the border with Ukraine, can invade Ukrainian territory at any moment. Moscow denies plans of aggression against Ukraine.

Ukraine will regard the adoption by the Russian State Duma of these declarations as Moscow's withdrawal from the Minsk agreements, said Ukrainian Foreign Minister Dmytro Kuleba.

Ukraine has informed its partners about this position, he stressed.