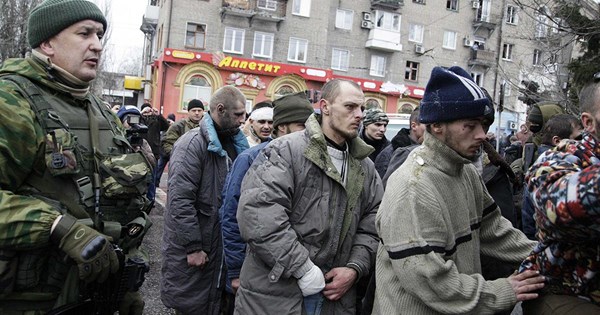 The Verkhovna Rada of Ukraine has adopted an appeal to the parliaments of foreign countries with regard to Russia and the threats of pro-Russian separatists to execute prisoners held in the Donbas region.  This was stated in two resolutions, which were approved by 236 out of 239 deputies on the 18th of February.

The Ukrainian parliament has called on foreign countries to “use all available mechanisms at governmental, parliament and non-governmental levels.  They should also give a clear signal to the Russian Federation of the inadmissibility of extrajudicial killing and tortures of prisoners in the Donbas.”

The parliament has also called on the world community “to continue to enforce the fact that the Russian Federation as a country has violated the UN Charter and the Budapest Memorandum.”  They also suggested that the world community support the position of starting international negotiations on the restoration of Ukraine’s sovereignty over Crimea, which should be done in a Geneva plus format involving European Union (EU) institutions in the process.

Last week, the Commissioner of the President of Ukraine, Deputy Iryna Herashchenko, discussed the preparation of the official appeal to the Organization for Security and Co-operation in Europe (OSCE) and to the International Committee of the Red Cross.  The appeal requests the evaluation of statements made by Russian-backed seaparatists in which they threatened to execute Ukrainian prisoners/

Kiev has now proposed an advanced variant of the Geneva format negotiations detailing the restriction of Russian aggression towards Ukraine.  The previous variant lasted just a short period of time in 2014 and involved Ukraine, Russia, the US and the EU.

Ukraine and the West have accused Russia of supporting separatists inthe  Donbas.  The Kremlin continues to deny these charges, saying that there are no Russian troops in the Donbas, only “volunteers.”