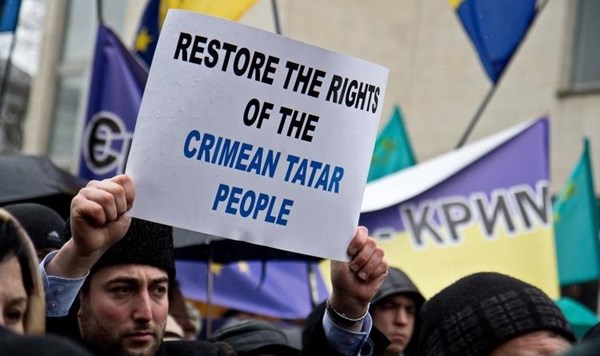 Ukraine is deeply concerned about human rights violations by Russia in the Crimea, as well as in some areas of the Donetsk and Lugansk regions, as reported in a statement by the Ukrainian Minister of Foreign Affairs.

The reports from international organizations and human rights institutions unanimously record massive harassment by the Russian occupation forces of ethnic Ukrainians and the indigenous Crimean Tatar population of the Crimea for political and national motives; including intimidation, restrictions of their right to freedom of thought, conscience and the right to peaceful meetings and associations.

A report entitled "Freedom in the World 2016" by the international non-governmental organization, Freedom House, was recently released and came to the conclusion that the state of political rights and civil liberties in the occupied Crimea cannot be considered "free".

Ukraine demands that the Russian Federation stop these illegal actions on the sovereign territory of Ukraine, "to abandon the practice of inciting ethnic hatred, xenophobic and racist attitudes, politically motivated prosecutions of dissidents and civil activists."