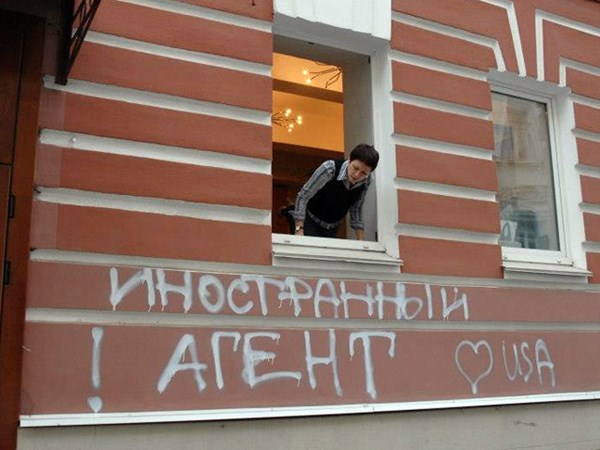 A report issued by Freedom House stated that Russia is considered to be a “non-free” country”, and was given a rating of 6. States that have the lowest rating of 7 include North Korea, Uzbekistan, Syria, Equatorial Guinea, Eritrea, and Turkmenistan.

The discussions relating to Russia began with the observation that the country’s worsening economic situation compelled the Russian government to seek methods of avoiding a public outcry.  As a distraction from these economic woes, a foreign intervention Syria and Ukraine was used as a diversionary tactic.

The human rights organization noted that the murder of Boris Nemtsov near the Kremlin in February 2015 was the first murder of a high-level politician since Vladimir Putin came to power in 2000.

The director of this research, Jennifer Dunham, stated in an interview with Radio Liberty that according to the development tendencies in Russia in 2015, emphasis can be placed on a number of factors.  These include the great role of propaganda in state-owned media, as well as the strengthening of control of non-governmental organizations with the aid of the laws on foreign agents.  Dunham noted that this is a “part of growing state repressions against independent activists, and civil society.”

Human rights defenders are most concerned about the annexed Crimea, where local authorities had crushed any dissent and resentment.  These authorities also closed independent media and NGOs, especially those which represented the interests of Crimean Tatars.  Many of those opposed to the annexation of Crimea had been arrested or had to leave the country.

“We see that they use political fear to justify all human rights violations of all sorts,” says European Media Director of Human Rights Watch, Andrew Stroehlein in with Radio Liberty.

The report states that the suppression of human rights and freedoms increased in Russia over the last four years, and in particular, “took a more serious turn in 2015.”  The law requiring foreign NGOs to register as “foreign agents” came into force, opposition leader Boris Nemtsov was assassinated, and LGBT rights were further curtailed.

In the international arena, Russia is “positioning itself as a global leader in traditional values safeguarding and state sovereignty,” as noted in the report.  For example, Russian representatives in the UN voted against all resolutions criticizing human rights violations in these selected countries: Syria, Northern Korea, and Iran.

Pominov was then asked if Transparency International in Russia conducted any surveys that would show the correlation between the level of corruption acceptance and the level of support. He responded, “In democratic courtiers, the level of support lower than that in authoritarian or semi-authoritarian countries.  However, it was observed that such support can exist in authoritarian countries today but by tomorrow, the regime may fall for some reason.  General countries where the ruling party or a leader has of 30% to 40% have more points in our index.  They are considered to be less corrupted than those countries where the dictator is 100% supported.  Northern Korea is at the last position in our rating.”

The report found that a total of 72 countries showed a decline in freedom in 2015.