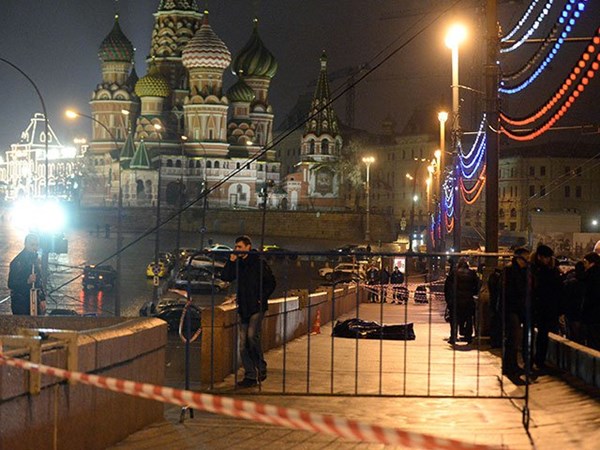 The 5 men suspected of assassinating Russian opposition leader Boris Nemtsov in February of 2015 were indicted on December 29th. They were charged with "a contract murder committed by an organized group and the acquisition, transport and storage of illegal firearms," the Russian Investigative Committee said.

Rosbalt has reported that the suspects in Nemtsov’s assassination case allegedly attempted to kill the opposition leader several times before finally succeeding on the evening of February 27th, 2015. Two suspects, Anzor Gubashev and Zaur Dadaev, confessed to trying to kill Nemtsov as early as January 7th, 2015, but did not succeed until a month and a half later. The legitimacy of these confessions, however, remains dubious.

The written confession of the suspects paints a clear picture of the events leading up to the eventual assassination of Nemtsov on February 27th. The videos of the oral recollections, however, show a confused and inconsistent testimony from both suspects, whose stories often contradict one another. As German Alexandrov reported, “the explanation of the murder looked like complete nonsense.”

Based on the videos of the testimonies, it was clear that neither Gubashev nor Dadaev had clear motives for killing Nemtsov, explaining that he was a man who “was funded by Obama”, “muddying the opposition”, and “insulting the Prophet Muhammad”.

"Nemtsov was a man who adhered to pro-American views, who in his speeches and statements criticized our state, our foundations and our way of life… He criticized and insulted the religion of Islam and all Muslims,” stated Gubashev.

While some of the suspects had said that they were given 15 million rubles to assassinate Nemtsov, Dadaev, contrary his initial confession following his arrest stating otherwise, explained during his interrogation that they did not receive money, nor were they promised it. "I did not ask for this money, I did not need it… I did this crime because the Prophet Muhammed,” Dadaev said.

Dadaev had been a decorated soldier in the Russian-Chechen Kadyrovtsy unit; a secular fighting unit that was instrumental in the fight against radical Islam in the Chechen Republic. His mother has stated multiple times that he was “not a strong believer” in Islam.  Many Russian opposition figures have called the theory that the murder religiously motivated "more than absurd".

Three other suspects have been identified as Shadid Gubashev (Anzor’s brother), Tamerlan Eskerkhanov and Khamzat Bakhayev.

The suspects have since recanted their testimonies. It is widely believed that the confessions of the suspects came under severe duress, as a member of the Kremlin's advisory council on human rights, after visiting the suspects, said that Dadaev as well as the two other suspects, Anzor and Shagid Gubashev, most likely had been tortured while in detention.

Another suspect, Tamerlan Eskerhanov, has an alibi, and told Sputnik that “at the time of the murder, I was at work as I usually am every day. There are many people, my colleagues, who will confirm this.”

Nemtsov, an outspoken critic of Putin, was gunned down in February of last year, just steps from the Kremlin. The former Minister had been working on a report proving the participation of Russian troops in eastern Ukraine. The circumstances surrounding the murder remain unclear, and the Russian judicial process in handling the investigation has received widespread condemnation.