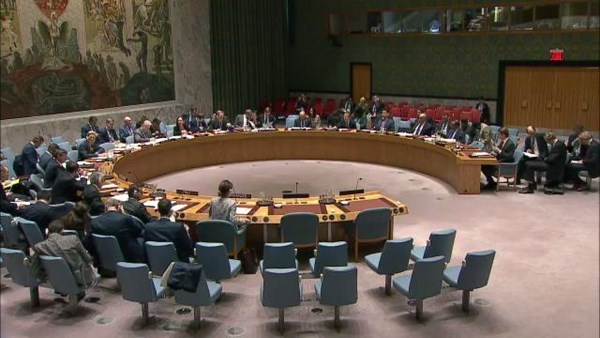 Permanent Representative of Ukraine to the United Nations Volodymyr Yelchenko said at a meeting of the Security Council that Russia has gone out of its way to provoke and pressure Ukraine. According to him, Russia's actions bode ill for Europe.

"Instead of conscientiously implementing Minsk agreements, Russia exerts political pressure, uses blackmail and conducts military provocations. Ongoing Russian aggression against Ukraine and its negative consequences are among the main threats to European security." he said.

The diplomat noted that "the Russian military attack on Avdiivka confirmed Moscow's persistent unwillingness to meet its obligations under the Minsk agreements."

"Local elections in the Donbas as a key element of political settlement will be possible only after the implementation of a secure package of measures," Yelchenko said.

A few days ago Kyiv called on the world to increase pressure on Moscow. Earlier this month the Kremlin categorically stated that there is no conflict between Ukraine and Russia.