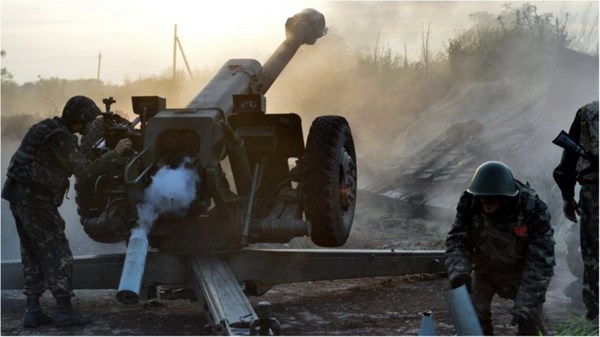 The Press Secretary of the High Representative of the European Union for Foreign Affairs and Security Policy, Federica Mogherini, said on Tuesday, January 31st, that the European Union strongly condemned the resumption of fighting in the east of Ukraine, calling it "a flagrant violation" of the cease-fire under the Minsk agreements. The fighting with heavy artillery in the area of the industrial city, Avdiivka, led to many casualties, Deutsche Welle reported.

The European Union demanded an immediate cessation of hostilities and an insurance of an unhindered access to the conflict zone for the observers of the OSCE Special Monitoring Mission.

In recent days, the situation in the city of Avdiivka in the Donetsk region has deteriorated sharply. There were at least 13 casualties in confrontations between the Ukrainian government forces and pro-Russian separatists since January 29th, including civilians, the AFP news agency reported.

On January 30th, due to the attacks of the pro-Russian separatists of the so-called "Donetsk People's Republic," the last power line in Avdiivka was damaged, and due to that, the city was left without water, electricity, and heating in a -20C temperature.