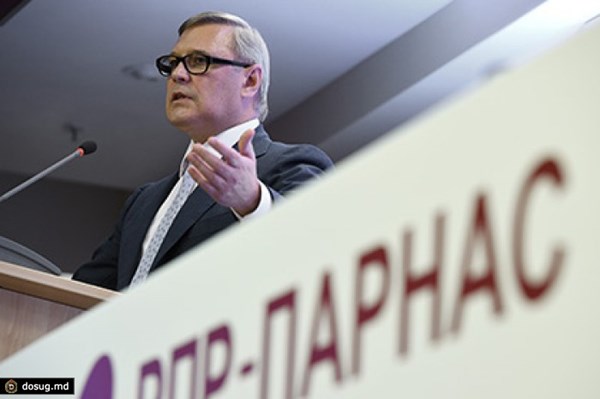 The leader of the People’s Freedom Party (Parnas), Mikhail Kasyanov, has been attacked in Moscow.  He did not suffer any serious injuries.

This was reported by the head of the youth department of Parnas, Mikhail Konev.  In an interview with Radio Svoboda, he said that a group of people from Chechnya attempted an assault on Kasyanov but that his security personnel successfully fought them off.  Konev also said that at that time, Kasyanov was writing a statement at the police station.

“There were at least 20 attackers,” Kronev had previously reported.

Parnas activist, Natalia Pelevin, also mentioned on Twitter that the attackers were speaking the Chechen language.

On the 1st of February, Kasyanov was the subject of a video posted on Instagram by the head of Chechnya, Ramzan Kadyrov.  In the video, Kasyanov and Parnas co-chairman, Vladimir Kara-Murza Jr, can be seen through the crosshairs of a rifle.  Kasyanov saw this as a murder threat and stated his intention to appeal to law enforcement authorities.  That same evening, Instagram administration removed the video as it did not comply with its terms of service, which encourage respect towards other members of society.  Kadyrov was outraged by the post's removal, and accused Instagram of “violating freedom of speech.”

On the 27th of February 2015, another Russian opposition politician, Boris Nemtsov, was murdered.  Since then, five men have been arrested and charged with involvement in his murder.