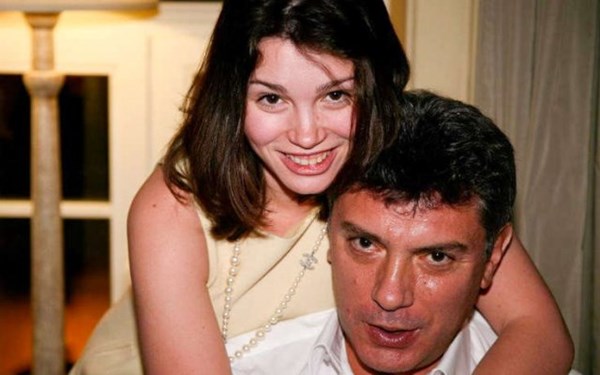 “Kremlin critics live in fear of President Vladimir Putin, but when the time comes, Russia will be ready for a new kind of politician,” said the daughter of slain opposition leader, Boris Nemtsov.

Nemtsova stated in her interview to Reuters in Berlin that Putin won’t run the State forever. Nemtsov was the most prominent among Kremlin critics who have been killed during over the 15 years that Putin has been in power. His murder in the very centre of Moscow shocked followers and caused an international condemnation. Zhanna accused Russian authorities of obstructing the investigation of the murder of her father. She said that she wanted an interrogation of the Chechen President supported by the Kremlin, but believes that it will take decades to find out the truth.

“It was a political murder though the Investigative Committee doesn't want to acknowledge this,” stated Nemtsova who left Russia after receiving death threats. She now works as a journalist for Deutsche Welle in Germany. Her father, once known as the Deputy Prime Minister, was shot in the back during a walk along the bridge over the Moscow River in the centre of Russia. The murder remains under investigation.

Five suspects were arrested but it isn’t clear who ordered the assassination and why. Putin condemned the murder and promised to bring the perpetrators to justice. Zhanna’s requests for the interrogation of the Chechen leader, Ramzan Kadyrov, were in vain. Kadyrov said that he knew Zaur Dadaev, the former Chechen policeman who was arrested for the murder of Boris Nemtsov; he characterized him as a true patriot.

“Russian authorities don’t want to investigate this case. These people (in Chechnya) are protected. We can’t move the criminal investigation forward if there are such obstacles,” said Nemtsova in Berlin. Boris Nemtsov’s assistants suspect that Russian Special Forces are engaged in murder. They reflect a degree of dismissiveness of the official investigation and believe that accusations against Chechen Islamists have been made in order to clear suspicion from Putin, his administration, and the Special Forces.

Russian media quoted Kadyrov, saying that he is ready for interrogation. He denied his implication in the murder and advised Zhanna Nemtsova to take a look her late father’s circle to understand why he was killed.

Nemtsova, with her dark, sharp sight and desire to preserve the heritage of her father, said that she acts carefully in Germany but she feels safe. She gave the grim assessment to the Russian opposition policy after death of her father. “Now, people are scared more because they understand that everyone can be killed,” said Nemtsova. She added that members of the Russian opposition are few without her father because it is very dangerous.

“It will get worse and worse, but at some point, the demand on such leaders will appear,” said Zhanna. Along with her work as a journalist, Nemtsova works on projects to preserve her father’s heritage. She called him a real democrat and true liberal. Nemtsova wanted to help the development of future Russian leaders. “Putin will run the State for a long time but his governance won’t last forever,” said Zanna Nemtsova.

She created the Boris Nemtsov Fund for Freedom to support research on the Russian economy, politics and propaganda. Nemtsova also wants to reward Russian activists, who fight for democratic values, with the Boris Nemtsov Grant for Courage. In the end, she wants to create a program which will allow future Russian leaders to study in Germany.

She also plans to work long term both on the pursuit of justice concerning the murder of her father and on the preservation of her father’s heritage. When asked whether justice would ever come, she replied, “Of course, it can take 10, 20, 30 years.”