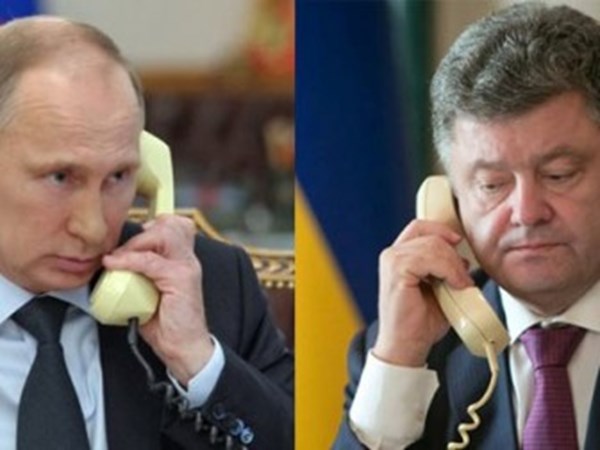 In a phone conversation on April 18th between the Presidents of Russia and Ukraine, Vladimir Putin and Petro Poroshenko agreed to allow the Ukrainian consul general in Rostov to visit Nadiya Savchenko.

On Poroshenko’s official website, he had urged Moscow to allow Ukrainian or German doctors to see the famous prisoner "due to the worsening health of Nadiya Savchenko." The parties have agreed "about the immediate admission of the consul general of Ukraine in Rostov to Nadiya Savchenko.”

On Putin’s official website he stated that during the conversation "settlement in the southeast of Ukraine and some issues of the day of the bilateral relations were discussed.” In Putin and Poroshenko's conversation, the question "about destiny of the Russian citizens A. Alexandrov and E. Yerofeyev" was also raised. On Poroshenko's website they are referred to as "the Russian servicemen.”

Earlier on the same day, the Goloseevsky district court of Kyiv found Alexander Alexandrov and Evgeny Yerofeyev guilty of terrorism, conducting a "war of aggression" and actions that led to a person’s death. The court sentenced them to 14 years of imprisonment. Alexandrov and Yerofeyev were captured in May, 2015 in the Luhansk region. The Ministry of Defense of the Russian Federation declared that both had been discharged from military service before their departure to Ukraine.

On March 22nd, Nadiya Savchenko was found guilty of participation in murder of the Russian journalists, attempted murder and illegal entry into the Russian Federation by the Donetsk city court of the Rostov region. She was sentenced to 22 years imprisonment in a penal colony. On April 6th, Savchenko started a hunger strike. Lawyers of the Ukrainian woman-pilot speculate that she can be exchanged for Yerofeyev and Alexandrov.