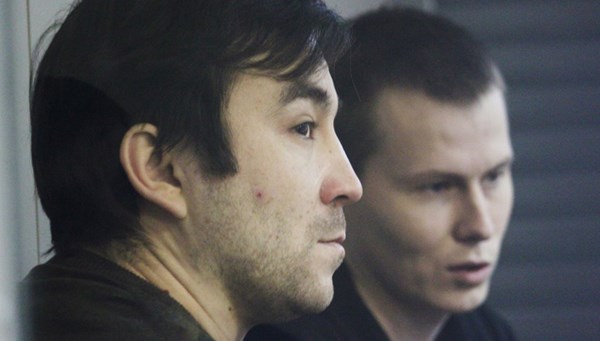 Both were found guilty and are “to be punished for multiple crimes by having the least penalty absorbed by a harsher one, with the court determining the final penalty… in the form of 14 years of imprisonment with a confiscation of all the property owned by the convicts," the verdict read.

According to Ukrainian law, the defendants have 10 days to appeal the court’s decision before their sentence comes into effect.

The two are accused of belonging to the Main Intelligence Directorate (GRU) of the Russian Armed Forces. After they were first arrested, Yerofeyev and Alexandrov confessed to being Russian military servicemen, later but refused to make any statements in court.

Moscow insists that the two had resigned from the Russian Armed Forces and were fighting in the Donbas as volunteers.

Kiev and Moscow have reportedly been discussing a potential prisoner exchange of the two Russian soldiers for Nadiya Savchenko.