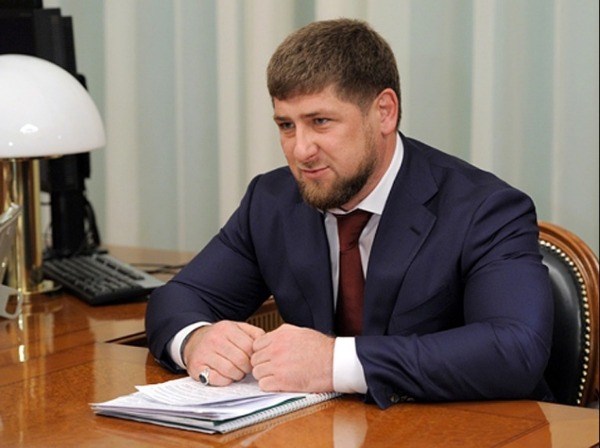 Chechen President Ramzan Kadyrov is calling for a crackdown on the “jackals” and “enemies of the people” who are opposed to Russian President Vladimir Putin. Kadyrov has made the news recently for his increasingly outrageous comments made towards the “non-systemic” Russian opposition, stating that they should be treated as enemies of the state. The head of Chechnya further elaborated his views on Tuesday in an article written for the pro-Kremlin newspaper Izvestia.

Kadyrov’s diatribe was in line with the posts on his infamously bizarre Instagram page, on which he frequently posts declarations of allegiance to Putin. The Chechen President’s article in the well-known Moscow paper outlined and clarified his previous comments about Russian opposition members.

“I have never considered these people who impose exclusively Western values upon us to be a part of our society. Taking advantage of the global crisis, the Western lackeys are attempting to throw everything created by Russian President Vladimir Putin and the first president of the Chechen Republic, Akhmat-Khadzhi Kadyrov [Ramzan’s son], into chaos,” the Chechen President wrote.

Kadyrov went on to explain that the non-systemic opposition uses the rare liberal and independent Russian media sources, including Dozhd and Ekho Moskvy, to “promote their ideas of destroying the Russian state… which are imbued with a profound hatred of Russia.”

“Who gave a bunch of vile liberals the right to call themselves the Russian intelligentsia? They make a claim to the title of the nation's conscience, while gathering around themselves haters of everything Russian and paying attention to the West. The liberals think that their ideas are indisputable and that no other convictions can exist, and if they hear criticism, they attack with threats and insults.”

Kadyrov made it clear that as a true Russian patriot, he is ready to defend the Russian political culture as idealized by Vladimir Putin.

“As a patriot, a foot soldier of the president of Russia, Vladimir Putin, I will never play around with murderers and traitors to my country. It's unlikely even one sensible and self-respecting person would engage in dialogue with those who consider it amoral to love their Motherland and faithfully serve her… If these dogs have their protectors in our country, then the main protector of the Russian people is the president of our country, Vladimir Putin, and I am prepared to carry out his orders, no matter how difficult.” the Chechen strongman stated.