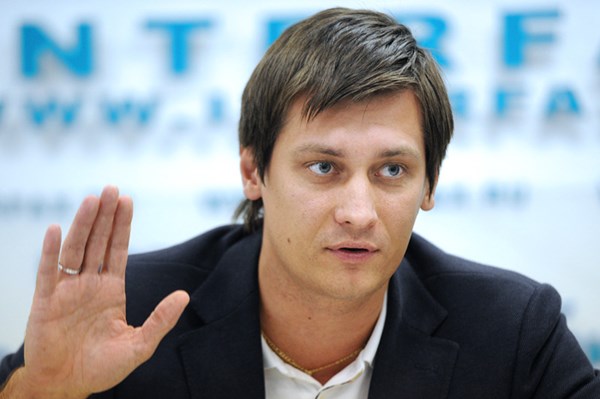 According to Russian State Duma Deputy Dmitry Gudkov, the Kremlin's support for the head of Chechnya, Ramzan Kadyrov, could lead to a sharp drop in the government’s ratings. It would also send the message that to kill, intimidate or terrorize anyone and anywhere is allowed.

There is no doubt that sooner or later the problem of Chechnya will show up on the national level, stated Gudkov on Facebook.  He said that there was evidence of Chechen involvement in the murders of journalist and human rights activist Anna Politkovskaya, journalist Natalia Estemirova and liberal politician Boris Nemtsov.

"The authorities were ‘turning a blind eye to it,’ allowing Kadyrov to rule as he deems fit. The country’s irritation was growing and it didn't subside even after his bizarre postings of loveable cats and kittens on his Instagram site. Those cats soon showed their teeth," stressed Gudkov, who is the Duma Deputy representing Krasnoyarsk.

"Cats with claws jumped out of an Instagram and began to tear society apart. Kadyrov, of course, made Senchenko apologize, but the story of 'being disgrace for Russia' has become uncontrollable. Of course, one Chechen, Dikayev can be caught and humiliated in front of the camera. But what to do when all the Chechens see the true attitude towards their leader? They can only go out and aggravate the situation," the deputy said.

Gudkov noted that threats no longer work on Chechnya. "Chechnya, unfortunately, is still an irritant that has never gone away. Do you remember how during the Bolotnaya meetings there were rumors of Kadyrov snipers arriving in Moscow? It brought the retired military—those who participated in the Chechen war—out into the streets. The Kremlin cannot openly support Kadyrov now," the deputy said.

Gudkov maintains that the leader of Chechnya understands all the circumstances, but he cannot withdraw from it because otherwise he would lose face according to a Chechen code of honor.

"Aggravation of the situation by Kadyrov can have only one outcome: a reaction from Putin. He is silent for now—the kind of silence that has been going on for about half a year after the murder of Nemtsov, when, as informed people say, the power of Kadyrov was hanging in a balance. Security forces won't hesitate to take advantage of the current circumstances. For them the monopoly on violence is dire and they are not ready to share it with Kadyrov. The multiple arrests of Chechens during the investigation of Nemtsov’s murder proved that. In addition, the behavior of the Chechen leaders only adds fuel to the fire, promoting anti-Chechen sentiment in the whole of Russia," Gudkov stressed.

In his opinion, the Kremlin now has several options for response.

"Firstly, they could support Kadyrov, paving the way for very bad things, especially in the elite. It will not only be a blow to the rating of the authority. It will be a signal that killing, intimidation and terror are officially sanctioned. Yesterday it was Chechnya. Today it's Krasnoyarsk. Tomorrow will be Kaliningrad to Sakhalin. The active search by Kadyrov’s people for the "fifth column" has led to the insecurity of the conventional economic bloc of the government. The so-called systemic liberals are well aware that they can make these lists themselves. All of this is even truer for the businessmen who also have something to lose," the deputy wrote.

The second option for the Kremlin, according to Gudkov, is "a multiple level manipulation" for the purpose of the changing the power structure in Chechnya.

"There is no reason to think that it's impossible; many all-powerful governors from Luzhkov to Shaimiev have been wielding unrestricted powers but those days are done, especially when Chechnya now has its own "middle class" that doesn't want any new crises. Maybe that's the reason for such an active demonstration of loyalty by the leadership of the Chechen Republic," he said.

The MP added that the Kremlin may also choose a third option: to wait it out.

"In this one I don't really believe in, because Putin today is confident in his powers and he's unlikely to be seriously afraid of the opposition. For him there is no real threat from the "fifth column." He fears only those, who are around him, those who are close. Therefore, the two previous options are currently being calculated and they are waiting it out, hoping that everything will somehow go away: oil prices would grow, and Kadyrov would calm down, and people would become distracted by something else. But this, unfortunately for them, won't happen," Gudkov concluded.

At a meeting with journalists in Grozny on the eve of January 13th, when the Day of the Russian Press was celebrated, Kadyrov said that the non-systemic opposition in Russia was trying to undermine the country’s political stability. "Representatives of the so-called non-systemic opposition are trying to cash in on the difficult economic situation. These people must be treated as enemies of the state, as traitors. They hold nothing sacred," the leader of Chechnya said.

In response to the words of Kadyrov, Krasnoyarsk deputy Konstantin Senchenko went on Facebook to call him "a disgrace to Russia" and accused him of "stealing state money and building castles for himself." Soon thereafter,  a video apology from Senchenko appeared on Kadyrov’s Instagram account. Gudkov said that the Chechen diaspora in Krasnoyarsk exerted strong pressure on Senchenko, forcing him apologize to Kadyrov.