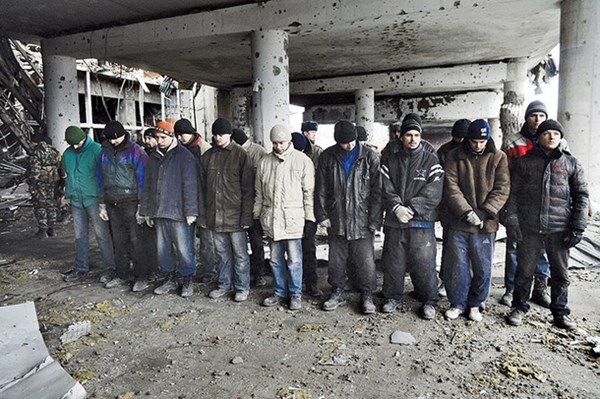 Deutschlandfunk radio reported that, according to Ukrainian human rights groups, prisoners are being tortured in 79 prisons in the self-proclaimed Donetsk and Lugansk People’s Republics.

The results of this investigation were published by the German public-law radio station Deutschlandfunk on the 18th of May. According to the radio station, human rights advocates are planning to transfer the collected materials to The Hague Tribunal for an investigation into possible war crimes.

“We can prove that four thousand people were illegally held in the territory of the self-proclaimed Republics last summer,” Matviychuk noted. According to her, the real figures can be much higher. “Relatives don’t refer cases to our organization because they don’t believe that we can help them. They don’t go to the security authorities either because they fear and don’t trust them,” Matviychuk said.

As noted by Deutschlandfunk, citing one of the inmates of an improvised prison, many people are arrested for fictitious crimes and then used as free labor for the construction of the barricades or to repair military equipment.

The Commissioner of the German Government for Intersocietal Cooperation with Russia, Gernot Erler, has already responded to the investigation of Deutschlandfunk. Gernot Erler expressed his hope that criminal proceedings will be initiated in connection with the possible violation of human rights. “I’m extremely shocked by what has happened. It is important that the involvement of Russian servicemen in these crimes is established,” he noted.

Erler added that Ukraine is also involved in a number of crimes. However, these crimes have already been investigated.