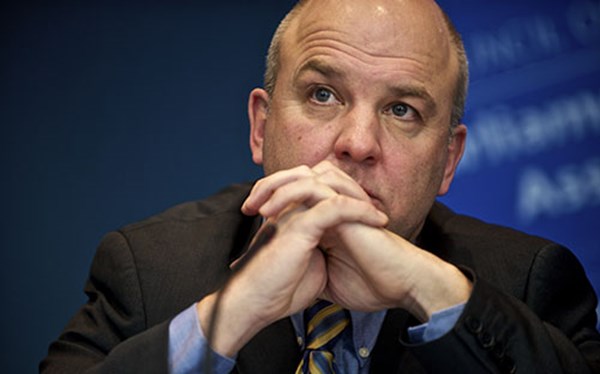 The Commissioner for Human Rights of the Council of Europe, Nils Muižnieks, stated that Ukraine must minimize the isolation of the Donbas. "I know that it is difficult and all is in Ukraine’s hands but it is necessary to maintain contact with the people of that region and try to support them because it will benefit the interests of the future generation of Ukrainian people," Muižnieks said, as reported by zn.ua.

According to the Commissioner, since July of 2015, when he visited Donetsk, life in the city has been calmer and "more normal", but the sense of isolation has become stronger.  Muižnieks explained that this is because the majority of humanitarian and international organizations are no longer active on the territories of the so-called Donetsk People’s Republic and Luhansk People’s Republic.

Last summer, most commerce in the self-declared republics was conducted in Ukrainian hryvni. Today, it is estimated that Russian rubles comprise 90% of the money circulating in the breakaway regions.

During a visit to the region outside of the control of Kiev, Muižnieks noted the improvement of the situation at border checkpoints, "especially from the Ukrainian side”.  However, according to Commissioner, lines on both sides of the administrative border are still "very, very long".

The Human Rights Commissioner was also concerned by information regarding the suspension of government benefits going to recipients in the so-called DPR and LPR. "As far as I understood, it was done to uncover acts of fraud of paying pensions to internally displace persons who really are not, but many innocent pensioners are victimized by this," Muižnieks said.

In a recent poll conducted by the Razumkov Center, 29.9% of respondents stated that the war in eastern Ukraine must continue until government control over the Donbas region is reestablished. 22.6% of those polled support granting special status to the breakaway regions, and 21.5% would support their separation from Ukraine.