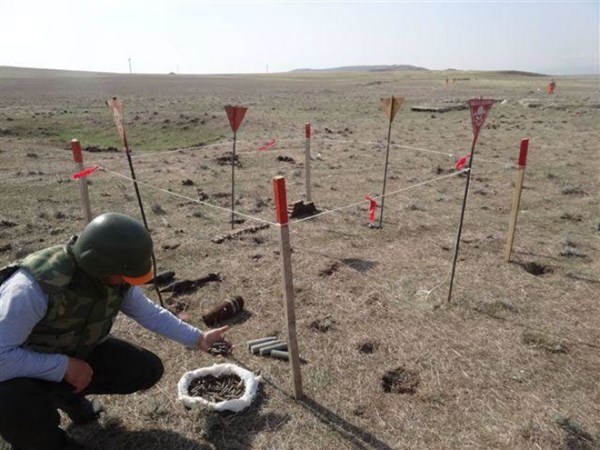 “Eastern Ukraine is one of the most mine-polluted conflict zones in the world. We are preparing an additional €600,000 [assistance] package for mine clearance,” Interfax-Ukraine cites Finnish Foreign Minister Pekka Haavisto as saying.

The minister promised to allocate the funds to Kyiv during a visit to the conflict region. A Finnish delegation led by Foreign Minister Haavisto visited disengagement section No. 1 in Stanytsia Luhanska, Ukraine’s Joint Forces Operation headquarters announced on Facebook.

The Finnish delegation was accompanied by Ukrainian Deputy Foreign Minister Yehor Bozhok. The goal of the visit was reportedly “to demonstrate support for Ukraine and obtain current information about the security situation”.

Haavisto expressed concern that the conflict in south-eastern Ukraine is still having an adverse effect on the lives of civilians. He also welcomed the restorative work that is being done in Stanytsia Luhanska – the repairing of the bridge and the launch of free public transport for citizens with impaired mobility.

On Friday, Ukrainian Minister of Infrastructure Vladyslav Krykliy said that Kyiv intends to demand reparation from Moscow to finance the restoration of the Donbas. In response, Russian Foreign Ministry spokesperson Maria Zakharova called into question whether Krykliy understands the meaning of the word “reparation”.

The Kremlin responded to the Ukrainian minister’s statement by saying that, before assistance can be provided for the restoration of south-eastern Ukraine, it will need to be seen how the conflict in the Donbas is resolved. Russian presidential spokesman Dmitry Peskov said that “we must not forget who started the war in the Donbas and where the Donbas is situated”. He claimed, however, that Russia, alongside other countries, is “making every effort to resolve the conflict”.