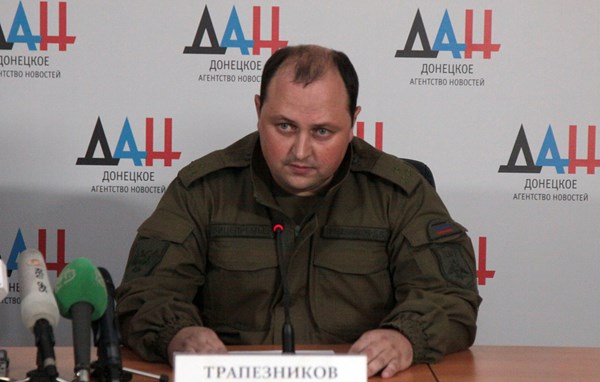 Successor to Zakharchenko has been quickly chosen in Donetsk. Dmitry Trapeznikov, who until now has been deputy Chairman of the Council of Ministers of the DPR became the head of the DPR, as announced at an emergency briefing in the press center of the Donetsk news agency.

The Chairman of the National Council of DPR, Denis Pushilin presented Trapeznikov to journalists. Trapeznikov read a statement after Pushilin’s presentation.

"The Territorial Defense command has made a decision. In connection with the tragic death of Alexander Zakharchenko, to nominate as an acting head of the DPR, Dmitry Viktorovich Trapeznikov," said Trapeznikov himself.

He has three university degrees in the fields of industrial and civil construction, economics and law. He worked as a manager of Donetsk soccer Club Shakhtar, held senior positions in large business enterprises in Donetsk. From 2010 to 2012, he worked as deputy head ofof the Petrovsky district of Donetsk.

The head of the DPR, Alexander Zakharchenko, was killed in an explosion in the restaurant “Separ” in the center of Donetsk.