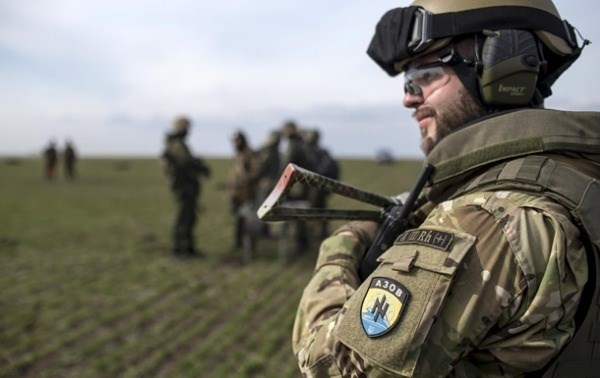 "I do not know what he [Zelensky's] plans next, but we will remain here as long as there is a threat of senseless withdrawal and loss of the Ukrainian territory," said veteran in a video commentary on the "Ostanniy blok-post #Ni_kapitulyatsiyi" telegram channel.

The veteran assured that the military would act within the law.

According to him, the Ukrainian President just wanted to speak with veterans who are near the demarcation line. "We think that the withdrawal of troops is planned soon," said the veteran of Azov Battalion.

Ukrainian President Volodymyr Zelensky visited Zolote-4, where he met with volunteers of the National Corps and veterans of the Azov Battalion, who have been there since the beginning of October, as they oppose the withdrawal of forces in the area.

On October 1, the Trilateral Contact Group agreed on the withdrawal of forces at Zolote and Petrovske. The synchronous withdrawal of troops should have begun on October 7 and end on October 11, but the ceasefire was not observed.

On October 15, the Trilateral Contact Group was unable to agree on a new date for the withdrawal of forces in Petrovske and Zolote.

On October 16, Zelensky said that a new attempt to withdraw troops would begin after a week-long ceasefire in the areas of troops withdrawal. On October 23, Zelensky reported on the preparation to withdraw forces near Zolote and Petrovske.