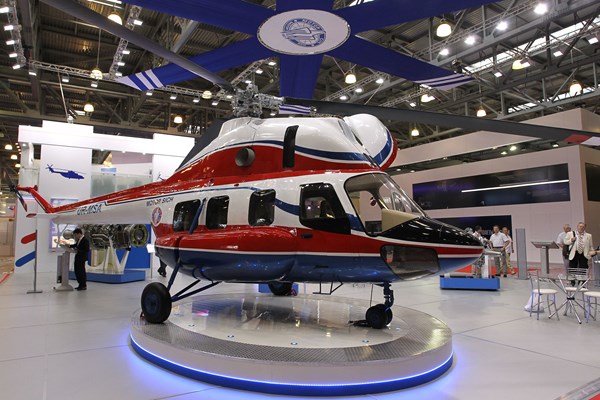 William Taylor, Chargé d’Affaires of the US Embassy in Kyiv, said that “serious American” companies are investigating the possibility of buying the Ukrainian aerospace company Motor Sich, KyivPost reports.

“There are several serious American and other companies interested in Motor Sich. They’re doing legal due diligence, looking at financial reports, visiting the plant, and talking to the owners. They’re doing a serious analysis,” Taylor told a number of Ukrainian media outlets.

Taylor did not mention the names of the companies in question.

The US does not want to allow China to buy the Ukrainian company. The Wall Street Journal reported previously, citing “officials familiar with the case”, that Eric Prince, the owner of a military security company and informal advisor to the US president, is discussing the possibility of purchasing Motor Sich.

The Chinese companies Skyrizon Aircraft and Xinwei Technology Group plan to buy more than 50% of Motor Sich’s shares. If the deal is approved by the Anti-Monopoly Committee of Ukraine, the investors will be obligated to provide $100 million in grant funding to Ukraine’s aircraft building sector. The Ukrainian state-owned defense conglomerate UkrOboronProm still holds more than 25% of the company’s shares.

UkrOboronProm head Aivaras Abromavicius confirmed that shares in Motor Sich were being purchased by Chinese investors, and that the deal is currently being examined by the Anti-Monopoly Committee. Abromavicius also said that deals involving such strategically significant enterprises should be controlled by the state.

The US has objected to the sale of Motor Sich shares to Chinese companies, claiming that it will help to strengthen China’s military.

Motor Sich is one of the world’s largest producers of aircraft engines and industrial gas turbines. The company’s products are shipped to more than 100 countries.