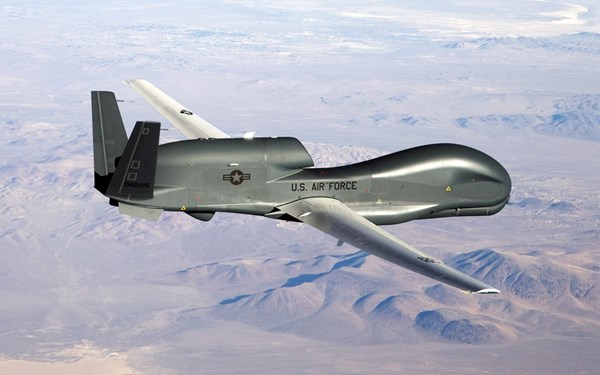 As Interfax reported, a RQ-4 Global Hawk strategic drone from the US Air Force conducted a reconnaissance flight along the line of demarcation in the Donbas and also off the coast of the Crimea and the Krasnodar region of Russia on Sunday, February 11th.

The drone was flying for more than 4 hours in the Ukrainian airspace along the line of demarcation in the Donbas. Afterwards the drone headed for the Black Sea and made more than four passes starting from the westernmost point of the Crimea and continuing along the south-western and southern coast. The drone also flew along the Krasnodar region of the Russian Federation right up to Sochi.

On February 5th, two US aircraft conducted a reconnaissance flight off the coast of Crimea.