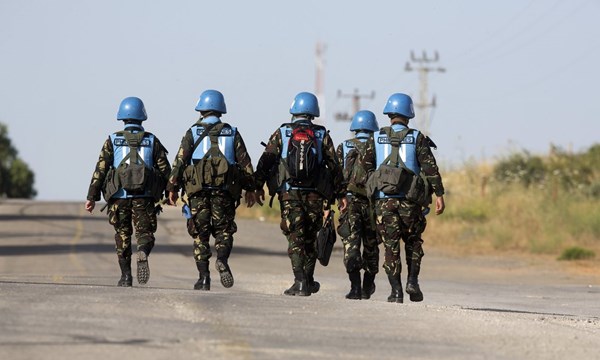 If the UN General Assembly adopts such a resolution, UN peacekeepers will arrive in the Donbas no earlier than 10 months after the decision is made, said Yevhen Marchuk, Ukraine’s representative to the security subgroup of the Trilateral Contact Group in Minsk, 112 Ukraine reports.

“Even if at this session a decision was made to send [them], according to my experience, the peacekeepers could de facto arrive in Ukraine after 10 months, perhaps a bit later,” Marchuk observed.

According to him, UN peacekeeping forces are only formed for a specific task, which affects the dates they would arrive in the Donbas.

“The UN has no peacekeeping forces, they are always formed with a specific task. Furthermore, a group is sent to the territory to investigate the situation, what kind of territory it is, what the situation is. This investigation is supposed to give an answer concerning the size of the peacekeeping contingent. With respect to the functions, it is clear that it can’t be that nonsense about “protection for OSCE patrols”, there has been nothing of the sort in the history of the UN. Furthermore, they will determine the level of personnel security, the rotation period… After investigating, an advance mission will then arrive at the location and a budget will be developed. In parallel with this, the UN will work with countries who can send peacekeepers,” Marchuk explained.

The Foreign Ministers of the Normandy Format countries – Ukraine, France, Germany and Russia – met in Berlin in June to discuss for the first time the deployment of an international peacekeeping contingent in the occupied regions of the Donetsk and Luhansk provinces of Ukraine.

US State Department Special Representative for Ukraine Kurt Volker said that the US supports the idea, but it will not be possible to implement it without Russia’s consent.

Russia has categorically refused to allow peacekeepers east of the demarcation line, towards the occupied stretch of the Russian-Ukrainian border. Russia uses the border to supply the militants with weapons, fuel, mercenaries and regular soldiers.