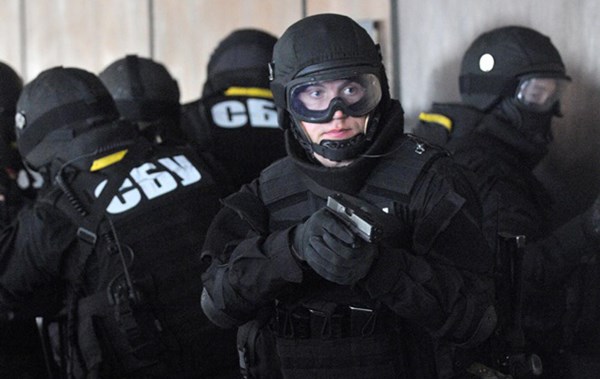 In Kherson, Ukrainian counter-intelligence officers detained an officer of the so-called intelligence services of the Donetsk People’s Republic (DPR), a woman whose history of activities is connected with the Crimea and Donbas where she advocated for “Russkiy Mir” [Russian world] and recruited citizens of the separatist-held territories and armed units of militants, as reported by TSN news.

Elina Borozenna is a “Junior Lieutenant” of the so-called Ministry of State Security of the DPR.  After her arrest, she confessed that she provided informational support for the Donetsk People’s Republic.

The woman says that her husband, Ivan Borozennyi, former officer of the Ukrainian Ministry of Internal Affairs, who betrayed his oath and became an agent of the Russian Federal Security Service, convinced her to work for the “special service” of pro-Russian militants.  The new employers sent her from the annexed peninsula to Donetsk to strengthen the punitive structures of the pro-Russian seperatists.  The results of the work of the family team became multiple leaflets aimed at persuading people to join armed groups of the separatists.

However, such hatred towards the “Kyiv junta” did not stop the woman from coming to the Ukrainian territory to get a Ukrainain passport. “Let’s say, it provides much better possibilities and simplifies procedures for the travel,” Elina Borozenna explained. According to her, there are many such people among the seperatist who get, or already have received Ukrainian documents, like she did. This has been confirmed by the Ukrainian counter-intelligence. The investigators of the Security Service of Ukraine will determine the traitor’s fate. They do not promise comfort, but they guarantee a fair trial.