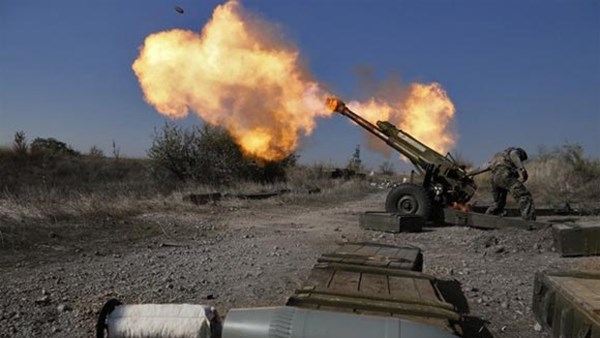 Russian militants in the Donbas open fired on a group of three Ukrainian military medics who were trying to evacuate the body of a Ukrainian soldier who had previously been killed by a mine explosion in the area of Zaitseve on Monday.

The press service of the Ukrainian Joint Forces Operation reported on Facebook that a group of soldiers in white helmets and with appropriate identification signs advanced to retrieve the body of the deceased after the temporary  ceasefire had been agreed on with the militants. But the militants opened fire killing one military medic and injuring the other two.

It is noted that the bodies of the dead and the wounded soldier remained at the scene of the shelling. Negotiations with the OSCE SMM on their evacuation are continuing.

"The insidious murder of a medic, who had all the relevant markings, is another indication that the Russian-occupation troops are not even going to comply with any international legal norms," the Ukrainian military command stated.

"I can't recover from hatred and powerlessness. Our soldier was killed near Horlivka this morning. The evacuation of the body was agreed through the OSCE and the Special Control and Coordination Center. The militants agreed. A group of nine of our soldiers came to evacuate, along with a representative of the Control and Coordination Center under OSCE guarantees. All were wearing white helmets and special vests. And there was a triple ambush. The militants, despite all the guarantees, began to fire from three sides. Two of our men, one of them a medic, died on the spot," he wrote.