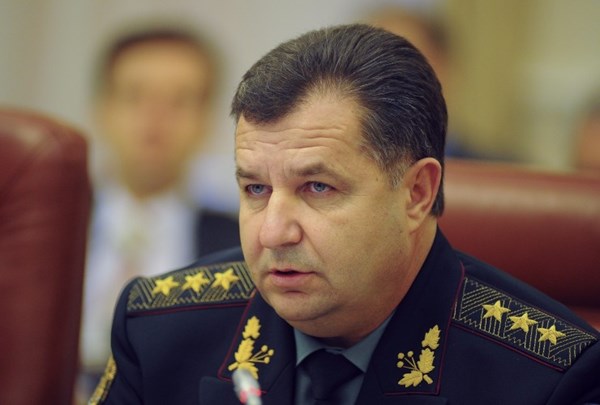 After a visit to the NATO headquarters in Brussels, Ukrainian Defense Minister Stepan Poltorak said that he expects NATO ships to visit Ukrainian ports nearly every month in 2019.

“This year, NATO’s naval presence in the Black Sea will be significantly stepped up. Nearly every month, ships both from NATO’s permanent naval groups and those of key allies will visit Ukrainian ports, also for the purpose of conducting joint exercises with Ukraine’s Navy,” Poltorak explained.

He noted that ships will come both individually and in groups.

“They will carry out their assignments, but I would like to note that, during their visit in the Black Sea, in our ports, we also plan to use their experience, their presence, to carry out joint exercises in order to improve the capability of our naval forces,” he emphasized.

“NATO firmly demands that Russia release our prisoners of war, our sailors, and condemns Russia’s aggression in the Kerch Strait,” Poltorak added.

On 25 November last year, Russia attacked and captured the Ukrainian military boats Berdyansk and Nikopol and the tugboat Yany Kapu in neutral waters. All 24 Ukrainians on board were accused of violating the Russian state border, arrested, and transferred from Kerch to Moscow. Ukraine considered this an act of military aggression, and the Parliamentary Assembly of the Council of Europe recognized the captured sailors as prisoners of war.

Oleksandr Turchynov, Secretary of Ukraine’s National Security and Defense Council, said in December that Ukraine had invited its international partners to take part in a passage of naval ships from the Black Sea into the Sea of Azov through the Kerch Strait. The Russian media warned that this could “aggravate the situation”.