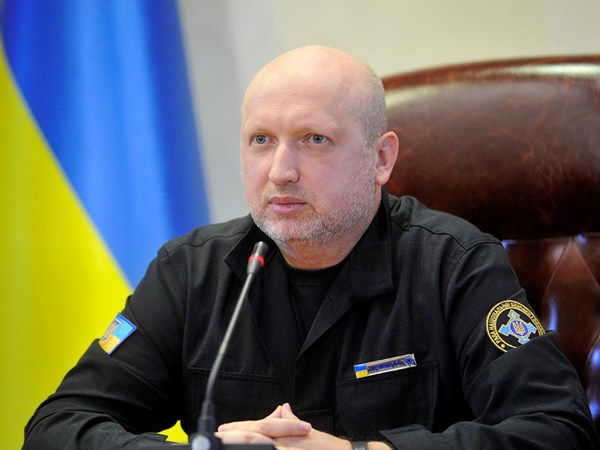 Oleksandr Turchynov, Secretary of the National Security and Defense Council (NSDC) of Ukraine, told BBC Ukraine in an interview that the country is planning to send more ships through the Kerch Strait with the help of international partners.

“Yes, it is a matter of principle for us. If we stop and back down, then Russia will effectively achieve its goal of capturing the Sea of Azov, and will present to the world the new maritime borders in the Black Sea that it has determined, de facto legalizing the occupation of Crimea,” Turchynov replied when asked whether Ukrainian naval vessels would try again to pass through the strait.

The NSDC secretary stressed that there can be no delay in this regard.

“We are also suggesting that our international partners take part in this passage from the Ukrainian Black Sea ports to the Ukrainian ports on the Azov coast,” Turchynov added.

According to him, Ukraine also intends to invite members of the OSCE, NATO and other international organizations to take part.

“This would be very logical. So that the NATO ships invited by us to the Azov Sea ports show that Russia has to take into account international law. So far, this initiative of ours has not yet received a response. But I hope that during the next passage by Ukrainian military vessels through the Kerch Strait they will send us their observers,” Turchynov remarked.

He also commented on the possibility that Russia would capture NATO and OSCE observers.

“When all the world’s countries’ attention is focused on this matter, Russia will put its tail between its legs and won’t risk acting aggressively. But if the situation that has developed around the Kerch Strait is left to fate, if our sailors are not immediately released from prison, then the civilized world is effectively acknowledging that Russia has the right to any aggression, to any changing of borders, and will not be held accountable for these actions!” Turchynov warned.

“Let’s speak frankly – Russia has been condemned, but not punished. After such aggression, sanctions should have been significantly intensified, and corresponding measures should have been taken against the Russian fleet throughout the world, otherwise the next actions will be even more bloody and dangerous not only for Ukraine, but for other countries,” the NSDC secretary added.