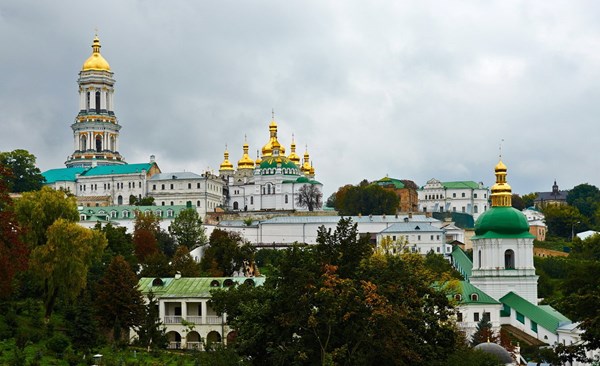 Ukrainian law enforcement authorities are investigating the disappearance of icons from the Kyiv Pechersk Lavra which is being rented by the Ukrainian Orthodox Church of the Moscow Patriarchate (UOC MP), Interfax-Ukraine reports, citing Ukrainian Culture Minister Yevhen Nyshchuk.

“A full inventory has already been partially done. We are now being sent full reports. There are some losses from the icons in the Kyiv Pechersk Lavra,” the Minister noted. “On the other hand, it shouldn’t be said that something has been taken from there. These losses could be from an earlier time, even before 2003. Now on the basis of this revision, criminal proceedings are underway. All the documentation is being sent to the law enforcement organs,” Nyshchuk added.

On January 3, the Ukrainian news outlet Vesti reported that the Petro Poroshenko presidential administration had instructed the management of the Kyiv Pechersk Lavra museum and the Kremenets-Pochaev State Historical Architecture Reserve to prepare for lawsuits as the leases are terminated.

In the middle of December, the Security Service of Ukraine said that Metropolitan Pavel, Viceroy of the Kyiv Pechersk Lavra, had coordinated provocations in an attempt to prevent the holding of the unifying assembly. The UOC categorically denied the charges against it, and Patriarch Kirill wrote a letter to the UN, complaining about the pressure from the Ukrainian authorities.

Ukrainian Presidential advisor Rostyslav Pavlenko called this information fake, noting that a source close to him had been cited by the news outlet. “I say responsibly: it’s nonsense,” he wrote. He also called the published information “provocation”.

On December 20, Ukrainian parliament passed a law which deprives the UOC MP of its name and obligates it to indicate in its name that its center is located in the “aggressor-state”. The UOC MP announced its intention to dispute the law in Ukraine’s Constitutional Court.