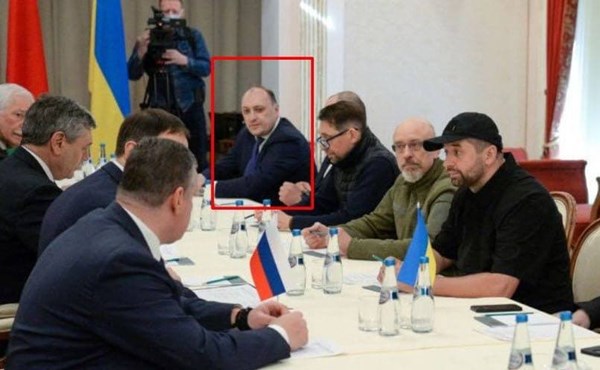 The Security Service of Ukraine (SBU) shot and killed during the detention a member of the Ukrainian negotiating team Denis Kireyev. He was suspected of high treason, reported Ukrayinska Pravda and several Ukrainian media outlets, citing representatives of the security forces and politicians.

According to Ukrayinska Pravda, the SBU had solid proof of Kireyev's treason, including recordings of telephone conversations. Kireyev participated in the first round of negotiations between Ukraine and Russia. Kireyev reportedly had "free access to the office of the SBU head,Ivan Bakanov, and the Main Intelligence Directorate of the Ministry of Defense, Kirill Budanov".

How Kireyev ended up in the Ukrainian delegation and what he was responsible for is unknown, Ukrayinska Pravda points out.

The first round of negotiations between the Ukrainian and Russian delegations was held on February 28 in the Gomel region. The delegation from Moscow was headed by Putin’s aide, former Russian Minister of Culture Vladimir Medinsky. It also included representatives of the Russian Foreign Ministry, the Defense Ministry, and the presidential administration. The Ukrainian delegation included the head of the ruling party "Servant of the People", Davyd Arakhamia, Defense Minister Oleksiy Reznikov, adviser to the head of the Presidential Administration, Mykhailo Podolyak.