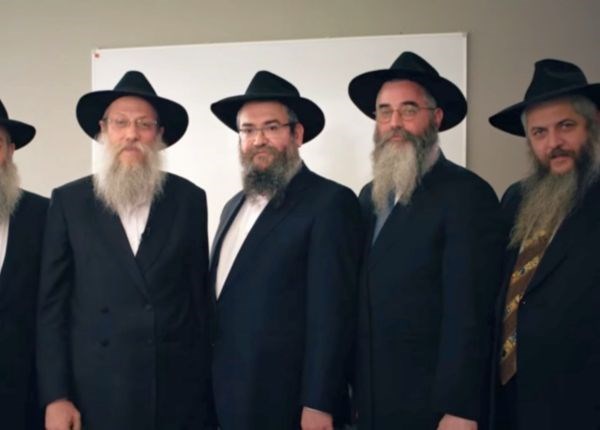 Ahead of his inauguration, Ukraine’s President-elect Volodymyr Zelensky has held a meeting with a number of prominent religious leaders. During the meeting, Ukrainian priests, mullahs and rabbis recorded a joint video message to the pro-Russian separatists in the Donbas who have declared autonomy in Luhansk and in Donetsk.

In the video, the religious figures highlight the need to be filled with love, to set aside weapons, and to engage in peaceful dialog.

The clip begins with a statement by Patriarch Filaret of the Orthodox Church of Ukraine: “Dear brothers and sisters! Residents of Crimea and the Donbas! I hope the Lord will lead us to peace as soon as possible.”

Chief Rabbi of Odessa and southern Ukraine Avraham Wolf also speaks in the video: “The Bible teaches us to love our neighbors. We and you are one nation. We are praying for you, we love you very much.”

The video concludes with a message from Metropolitan Onufriy, head of the Russian Orthodox Church in Ukraine: “I appeal to you with a word of love, and for God’s sake, I ask all the people on whom this depends to stop talking to each other using guns and automatic weapons. We believe that God will defeat all evil. We believe that, in the end, we will sit like civilized people around the negotiating table, and be able to resolve all conflicts, all the issues we have with each other, through human wisdom,” Onufriy said.

In addition to those mentioned above, the video featured Patriarch Sviatoslav of the Ukrainian Greek Catholic Church, the chief rabbis of the Dnipropetrovsk, Kharkiv, the Donbas and Kyiv, and muftis Said Ismailov and Aider Rustamov (mufti of Crimea).

Judging by this video, Zelensky intends to take the “apolitical” stance of the universal peacemaker. However, after his inauguration, he could find this image difficult to maintain in practice.