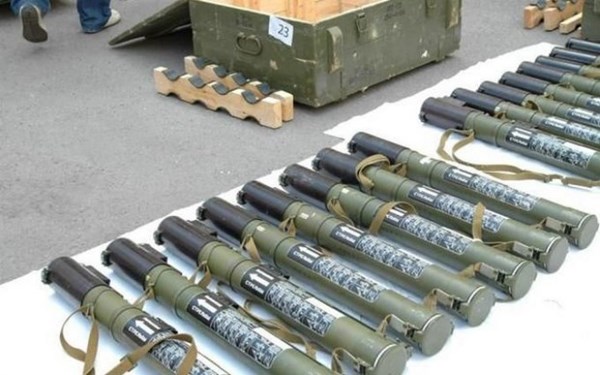 “Firearms, which were captured from more than 10 military bases in annexed Crimea, are used on the territories of the Joint Forces Operation. They belonged to the Armed Forces of Ukraine until 2014 but the arms were stolen after the annexation of the Crimea by the Russian occupation authorities in 2014,” Knyazev emphasized.

He noted that the police have recorded more than 60 incidents of seizing the weapons from the annexed Crimea. At the time of annexation, the weapons were stored at the Ukrainian Armed Forces bases in Sevastopol, Feodosia and Simferopol.

“These facts show that the Russian Federation is arming militants, who kill civilians and Ukrainian soldiers in the east of our country every day,” the head of the National Police said. He stated that 51 machine guns, 15 pistols, two grenade launchers and one carbine were recovered in the Donetsk and Luhansk regions.

Investigators of the Directorate of the Ukrainian National Police for the Autonomous Republic of Crimea and Sevastopol have submitted information to the Ukrainian Unified Register of Pre-Trial Investigations. The police have begun criminal proceedings against the Russian Federation under Article 438 Part 2 of the Criminal Code of Ukraine.