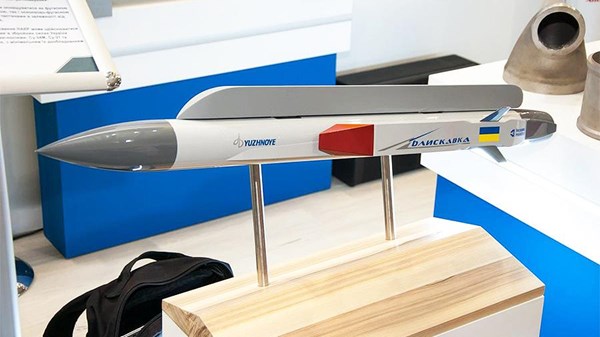 Ukrainian engineers at the Dnipro-based Yuzhnoye Design Office have unveiled the Bliskavka (“lightning”) supersonic missile, which they claim is virtually “impossible to shoot down”, Dnipro Panorama reports.

The designers presented the missile at the Weaponry and Security 2019 exhibition. They claim that the missile has a speed of 2,000-2,500 km/h. It will be used by the Su-27 and Su24M aircraft in Ukraine’s Air Force. Only minimal equipment modifications will be required to install them. The missiles can be fitted with high-explosive and piercing warheads.

According to military expert Oleh Zhdanov, virtually no systems exist today which can provide protection against Bliskavka missiles. For example, Israel’s Iron Dome system can only intercept subsonic missiles.

Ukraine could use the missiles to counter Russia’s Black Sea Fleet and its flotilla in the Sea of Azov.

On November 2, the Ukrainian political scientist Taras Zahorodny suggested that Ukraine should create missiles to attack Russia’s nuclear power plants. He said that Kyiv needs to reduce its dependence on Russian energy carriers, and should not be afraid to create weapons.

Prominent Ukrainian figures have repeatedly called for the development of missiles that could reach Moscow and even Ural. For example, in September, Kyiv City Council member Yuriy Syrotyuk urged the government to use space missiles with “dynamite and stones” that can reach Moscow with certainty. On more than one occasion, Kyiv has called for the demise of the Russian Federation.