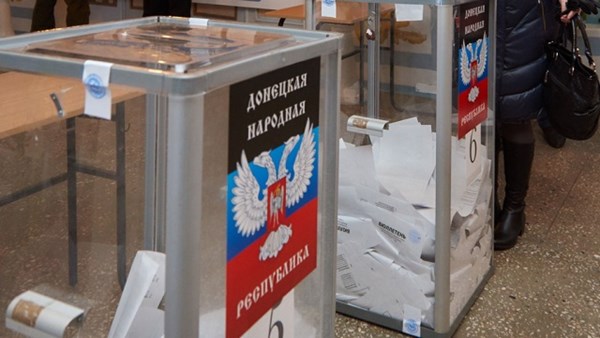 Ukrainian President Volodymyr Zelensky announced during a press conference that Ukraine has approved the Steinmeier Formula, which was the “final obstacle” to a new Normandy Format summit.

He said that the Steinmeier Formula consists of several provisions. Approving these terms assumes that a special manner of local self-governance will be implemented in several Donbas regions and that elections will be held there. The details of the implementation of this plan will be formulated during the Normandy Format summit and included in a new law on the special status.

“The temporary law on the special manner of local self-governance in the separate territories of the Donetsk and Luhansk regions. Also known as the Law on the special status of the Donbas, it is starting to apply on a permanent basis. On condition that, it is very important now, when local elections will be held there, held in accordance with the Constitution and legislation of Ukraine, and also after the OSCE has published a report that the elections took place according to OSCE standards and the international standards of democratic elections. This means there will not be and cannot be any elections at gunpoint. The border must be ours,” Zelensky said.

He added that the law on the special status of the Donbas expires on December 31, 2019, and that parliament must pass a new law.

“There will be a new law, which parliament will draft in close cooperation and public discussion with the community. And in this new law, not a single red line will be crossed. This is why there will not be any capitulation, any… We will prepare all the fail-safes. We will never let elections be held if there are [Russian] soldiers there,” the Ukrainian President explained.

Zelensky also said that an agreement had been reached to start separating forces in Petrovskyi (Donetsk region) and Zolote (Luhansk region).

“I want to reassure the local population. I personally guarantee that you will be protected, and that the withdrawal of soldiers will not affect your safety in any way. An example of this is the situation in Stanytsia Luhanska, where the forces have been successfully separated, and a pedestrian bridge is now being restored there. You know, by the end of November we plan to build a basic bridge there,” Zelensky said.