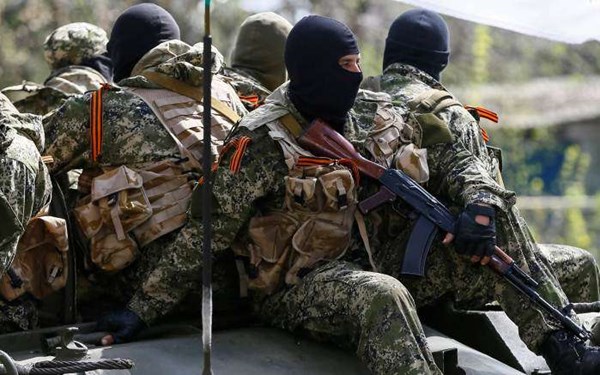 The Security Service of Ukraine (SBU) announced on its website that it has learned of plans to send roughly 100 fighters from the Wagner Private Military Company (PMC) into the Donbas.

“Russia’s intelligence agency continues to use Wagner mercenaries to escalate the combat in eastern Ukraine. According to the SBU’s information, in the next few days roughly 100 fighters from the Wagner PMC will arrive in occupied Donetsk to support the DPR terrorist group,” the report states.

The SBU claims to have been monitoring the activity of Wagner mercenaries in the Donbas for a year already. During this time, the SBU has held several special briefings in which it has consistently proven the bloody path of the “Wagnerites” in Ukraine with concrete facts, dates, numbers and names – from Luhansk airport between June and August 2014 to the battles for Debaltseve between January and February 2015.

“Further irrefutable evidence of the criminal activity of the Wagner PMC in Ukraine, which will be included in the criminal case materials, is the admission of the mercenaries themselves, who confirm the SBU’s information in detail,” the security service commented in conjunction with a published interview with a Wagner mercenary.

“The truth about Russia’s crimes in Ukraine and the world is a horror for Russia’s senior political and military leaders, because the bench of the accused of the Nuremberg Tribunal will be closer for them all, and paranoia and nightmares will become more frequent,” said SBU head Vasyl Hrytsak.

Earlier the SBU established the Wagner PMC’s involvement in the destruction of the Ukrainian Il-76 in the Donbas and in the events in Debaltseve.

The intelligence community InformNapalm believes that the Wagner PMC is simply a front for the Russian army and intelligence agency to conceal its presence in a region. According to InformNapalm, Wagner fighters are trained at the base of the 10th Individual Special Forces Brigade of the GRU in Molkino, and are transported to and from Syria on state aircraft. They are treated in state military hospitals, and if they are killed, they receive state awards.