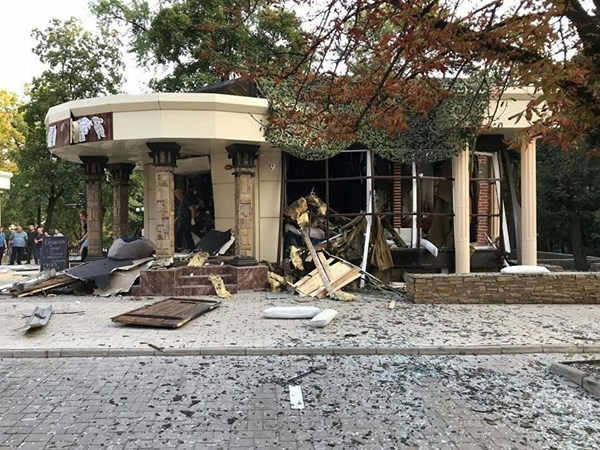 Vasyl Hrytsak, head of the Security Service of Ukraine (SBU), denies that Ukraine was involved in the recent assassination of Alexander Zakharchenko, leader of the unrecognized Donetsk People’s Republic (DPR).

“In my view, the situation is predictable. What is happening is a methodical clean-up of everyone who in 2014 facilitated the bringing of Russian forces into the Donbas, who facilitated the creation of the pseudo people’s "republics"… We believe that this is a methodical clean-up of everyone who knows too much, and who has blood on their hands, those who are not wanted in future as witnesses,” Hrytsak told reporters on Saturday, September 1, commenting on the arrest of supposed Ukrainian saboteurs and allegations that the SBU was responsible for the killing.

Another theory which was named by Hrytsak as one of his primary is that it is simply a “showdown” for commercial reasons, because a great deal of property and companies were “drained”, divided up, and many of the leaders of the LPR and DPR were resentful.

According to Hrytsak, there are actually even more theories. He also remarked: “What way out do the people who facilitated all this [bringing Russian troops into the Donbas] have? The first option: to take all these people to Russian territory and employ them there, and the second: eliminate those who gave them a variety of criminal orders at the time”.

However, Hrytsak stated that the SBU has “no information on the arrest of a Ukrainian sabotage group”, because no one sent such a group.

Talking about the situation in the territories not controlled by Ukraine, the head of the SBU said: “We have information that a curfew of 23:00 has been introduced, we have information that there is a clean-up, that they are seizing people on the street who they don’t like for some reason or other… but we have no information on whether they have caught someone who actually committed this killing act”.

Residents of Simferopol are reluctantly bringing flowers to a memorial stand with a portrait of the late DPR leader which was erected on Lenin Square on September 1.

DPR ringleader Alexander Zakharchenko was killed in an explosion in a restaurant in the center of Donetsk on August 31. DPR “revenue and duties minister” Alexander Timofeev and an unidentified woman were also critically injured. Russia subsequently initiated a criminal case, calling the incident “an act of international terrorism”.

The SBU has two primary theories on the incident: it was either a criminal showdown, or “the hand of Moscow”. Moscow, in turn, said that “there are reasons to assume that the Kyiv regime was behind the killing”.

Ukrainian Foreign Ministry Spokeswoman Mariana Betsa posted on Twitter that the Russian Foreign Ministry’s swift reaction to Zakharchenko’s assassination “is evidence, at least, of Russia’s attempts to cover up the puppets it supports and finances”.