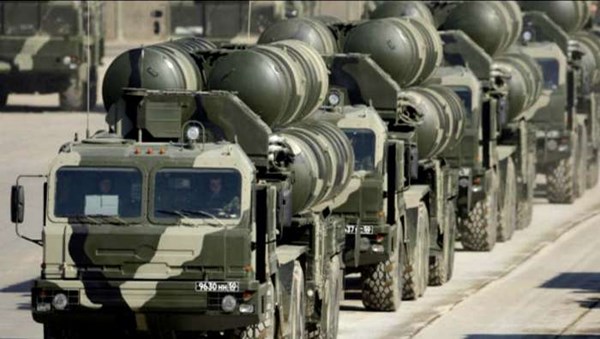 On February 19, the Russian Armed Forces will conduct exercises of of the "nuclear triad" (strategic aviation, intercontinental ballistic missiles and missile submarines) under the leadership of President Vladimir Putin, reports the Russian news agency TASS.

"During the exercises, ballistic and cruise missiles will be launched," the Russian Defense Ministry said. The exercises will involve the Aerospace Forces of the Russian Federation, the forces of the Southern Military District, the Strategic Missile Forces, the Northern and Black Sea Fleets.

The ministry stressed that "the exercise of the strategic deterrence forces was planned earlier to check the readiness of military command structures, combat launch crews, crews of warships and strategic missile carriers to perform their tasks, as well as the reliability of weapons of strategic nuclear and non-nuclear forces."

Russia holds such exercises every year. Usually, as part of these exercises, a Northern Fleet missile submarine fires an intercontinental ballistic missile at the Kura test site in Kamchatka, a nuclear submarine of the Pacific Fleet launches an intercontinental ballistic missile at a target at the Chizha test site in northern Russia. Missiles are also launched by the Strategic Missile Forces and cruise missiles are launched by long-range aircraft of the Russian Aerospace Forces.

The Russian exercises will take place amid escalation in the Donbas and the threat of Russia’s invasion of Ukraine.

Russia claims that the military exercises "Allied Resolve - 2022", which are held jointly with the armed forces of Belarus, are over and Russian troops are returning to the places of their permanent deployment.

However, Ukrainian intelligence refutes this information and claims that 149,000 Russian troops are currently deployed near the borders of Ukraine.