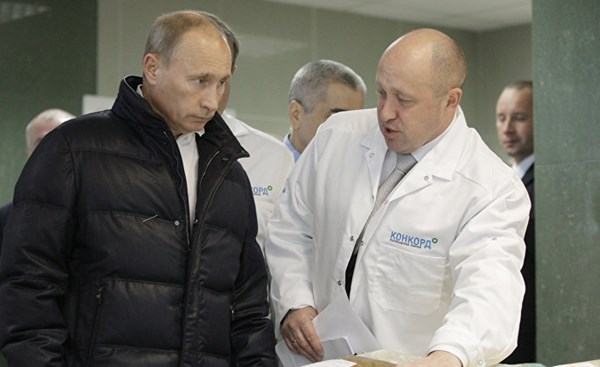 Yevgeny Prigozhin has no interest in military or civil projects the Central African Republic, including gold mining, RBC news agency reports citing the press service of the businessman.

In addition, the press service denied any financial or administrative connection of the entrepreneur with the news outlets as the Federal News Agency, Politics Today, Nevsky News, and Economy Today.

“No, Yevgeny Prigozhin has no connection with the media you listed,” said the representative of the businessman.

In early August,  Russian journalists Orkhan Dzhemal, cameraman Kirill Radchenko and director Aleksandr Rastorguyev were murdered in the Central African Republic (CAR). They had gone to the CAR to complete the task assigned to them by Mikhail Khodorkovsky, Russian fugitive billionaire and the head of the Investigations Management Center (IMC), the journalist investigative project.

The IMC reported that the journalists had been collecting material on the activity of the Russian private military company, the Wagner Group in the CAR, which is often associated with Prigozhin’s name. The journalists planned to film the Ndassima gold mine. On August 8, the Meduza magazine wrote that fixers (a fixer is a hired coordinator who ensures the work of foreign journalists at the scene) were introduced to the Russian journalists in the CAR by Kirill Romanovsky, a journalist at the Federal News Agency, according to the friends of Romanovsky and murdered Rastorguyev. According to the data of the edition, the fixer’s name is Martin and his last name remains unknown. Yevgeny Zubarev, the head of the Federal News Agency told the RBC news agency, that Romanovky had no editorial assignments in the CAR. Nevertheless, he admitted that Romanovsky could have communicated with his colleagues, including the ones who were murdered in the CAR.

On July 18, Africa Intelligence news outlet wrote that Russia had an agreement with the CAR on gold mining. From the Russian side, the Lobaye Invest company, registered as M-Invest (according to the data of the edition), was to take part in the project. The Bell news outlet linked M-Invest with Prigozhin.