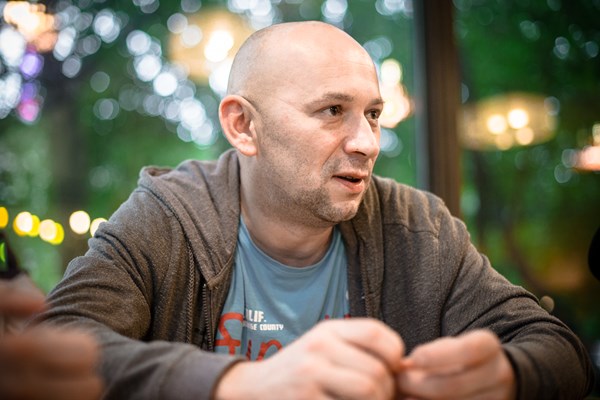 According to one of the sources, the death of the film crew has been confirmed by the UN mission in the Central African Republic as well as by local authorities.

The Russians were stopped at a checkpoint, claims a source. They were travelling from the Republic’s capital city Bangui to the town of Bambari.

According to Agence France-Presse, the victims’ bodies were found 23 kilometers from the city of Sibut. The agency has reported that the Russians were killed by unidentified armed men.

The documentary film about the Wagner PMC was a collaboration between the “Investigations Management Center” (a media project launched by Mikhail Khodorkovsky) and Rastorguev.

“According to information from the Central African Republic, on July 30, not far from the city of Sibut (300 km north of the Republic’s capital Bangui) three people were found dead. Their journalist IDs revealed them to be Kirill Radchenko, Aleksandr Rastorguev and Orkhan Jemal. Their bodies have been brought to Bangui,” the statement of the Russian Foreign Ministry reads.

According to the Russian Foreign Ministry, the Russian Embassy in the Central African Republic was not informed of the journalists’ arrival into the country.

Several media outlets have reported on the presence of Wagner paramilitary forces in the Central African Republic, in particular Novaya Gazeta and the radio station France Europe 1. In order to secure the contract, for the protection of gold miners in the Republic, the organization, according to media outlets, was competing with the new private military company Patriot, which allegedly has connections to the Russian Ministry of Defense.

It has also been reported that Yevgeny Prigozhin, a businessman close to the Russian president known as “Putin’s chef,” has financial interests in the Central African Republic.

The Wagner paramilitary group was created in 2014 bythe Lieutenant-Colonel Dmitry of the Special Forces (Speznaz) Utkin. Initially, the mercenaries fought in Donbas on the side of the pro-Russian militants, and later they were sent to Syria. The Russian Defense Ministry has not confirmed that the paramilitary forces are engaging in operations in Syria.