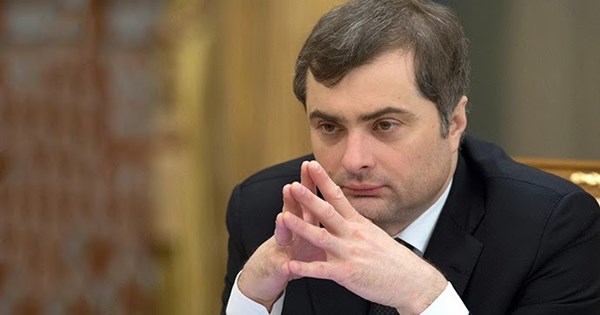 Russian presidential aide Vladislav Surkov, who oversaw the so-called “Ukrainian direction”, left the civil service. The director of the Center for Current Policy, Alexey Chesnakov, who is close to Surkov, announced this on his Telegram channel. "He will be doing meditation for the next month. After that, he promised to inform about the reasons for his decision and about further plans," Chesnakov wrote.

Chesnakov later confirmed the information about Surkov's resignation from the state service in an interview with Interfax. He specified that Surkov decided to leave because of "a change of course with regards to Ukraine". According to The Editor-in-Chief of Ekho Moskvy, Alexei Venediktov, former Deputy Prime Minister Dmitry Kozak will take over the Ukrainian direction in the administration of the Russian President.

Meanwhile, Russian presidential spokesman Dmitry Peskov said that there had been no decree on Surkov's resignation yet, Russia's policy on the Ukraine had not changed, so "any reasoning on this topic is a personal point of view" of Chesnakov.

In 2013, Surkov became the manager of the presidential administration's office for cooperation with the CIS, Abkhazia and South Ossetia, and later with the self-proclaimed Donetsk and Luhansk People's Republics. Surkov is believed to be one of the main ideologists of the Kremlin. He is associated with provocations against the opposition, the creation of pro-Kremlin youth organizations and parties, as well as restrictions on freedom of speech in Russia. Surkov is also the author of the concept of "sovereign democracy" - a political course in which Russia decides what to consider democratic.

Prior to joining the civil service, Vladislav Surkov worked in senior positions at Mikhail Khodorkovsky's Menatep Bank, Alpha Bank and Channel One Russia.