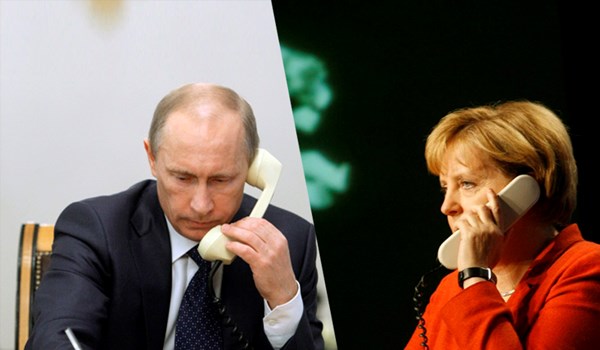 Russian president Vladimir Putin conducted a conversation over the phone with German Chancellor Angela Merkel, during which the parties discussed the situation in Ukraine and Syria.

As reported on the Kremlin website, the conversation was initiated by the German side.
It is also noted that Putin “expressed concern” about the situation in the DPR after the murder of the separatist leader Alexander Zakharchenko.

“The mutual willingness to further facilitate the settlement of the conflict is confirmed, including the “Normandy format. The key factor is once again falls on the need for full implementation of the Minsk agreements of 2015, including the legal consolidation of Kyiv’s special status of the region,” -the statement reads.
The situation in Syria was also discussed.

“The Problems of the Syrian settlement were discussed. The President of the Russian Federation informed about the Russian-Turkish stabilization agreements in the de-escalation zone of Idlib, accomplished at the negotiations with the President of Turkey Recep Tayyip Erdogan in Sochi on September 17th, 2018,” – said the press service of the Russian President.

As a reminder, Russian Foreign Minister Sergey Lavrov said that after the death of the DPR leader meetings for leaders of the Normandy format would not be possible in the near future. Later the press secretary Putin Dmitry Peskov said that Russia will not withdraw from the Minsk process because of  the murder of Zakharchenko.
Zakharchenko was killed in the explosion at the café Separ in the center of Donetsk in the evening of August 31st.