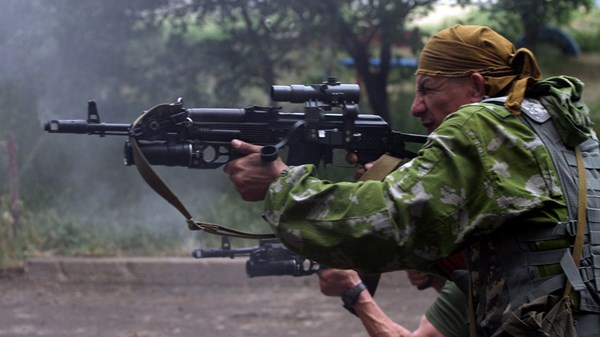 At midnight on October 30, pro-Russian troops twice opened fire on Ukrainian positions near the village of Vodyane in the Donbas.

As a result of the attack, two Ukrainian servicemen were injured and succumbed to their wounds. The Joint Forces Operation Command offered its condolences to the families of the victims.

"The audacious and dangerous actions of the Russian-occupation troops were immediately reported to the OSCE representatives through the Joint Center for the Control and Coordination of Ceasefire," the statement reads.

Over the past 24 hours, on October 29, five violations of the ceasefire by the pro-Russian armed groups have been recorded.

Near Novomihailivka and Starognativka, the militants used grenade launchers of various systems. Near Vodyane, pro-Russian troops twice opened fire with small arms and hand-held anti-tank grenade launchers. As a result of the targeted shelling, one soldier of the Joint Forces received a gunshot wound.

"Near the settlement of Zolote-4, the enemy used an unmanned aerial vehicle to drop the VOG-17 grenade on the Ukrainian positions. As a result, another Ukrainian defender was wounded," the Ukrainian military Command reports.

Both soldiers were treated and were promptly taken to hospital.

On October 28, the pro-Russian armed formations violated the ceasefire in the Donbas four times. One Ukrainian soldier was wounded by a bullet.