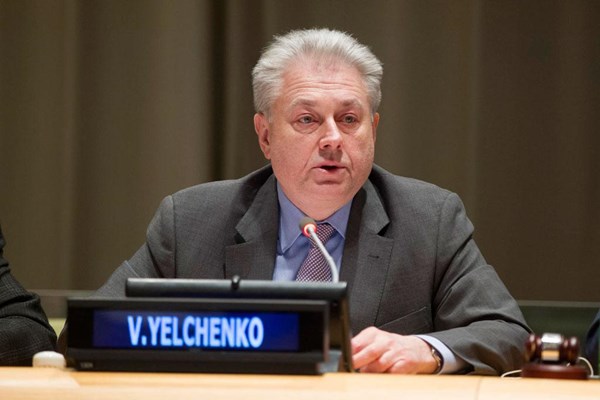 The permanent representative of Ukraine to the UN, Volodymyr Yelchenko during a speech at the UN Security Council meeting stated that Russia doubled its military presence in the annexed Crimea, RBC-Ukraine reports.

“Russia has more than doubled its forces on the Crimean peninsula and is attempting to deploy nuclear weapons on the peninsula,” stated Yelchenko.

The ambassador added that since 2014, more than 100 thousand citizens of the Russian Federation moved to the territory of Crimea.

“For the period from 2104 to 2017, 108 thousand people moved from the Russia Federation to the Crimea and Sevastopol. What is this if not a special demographic change policy?” he added.

The Permanent Representative also pointed out to a bad situation with human right in Crimea.

“The situation with human rights is also bad in Crimea. The OSCE sees that Russia as the occupation authority cannot adequately guarantee and protect human rights in Crimea. More than 30 citizens of Ukraine were detained in Russia, in the occupied Crimea for absolutely made-up political accusations,” he added.