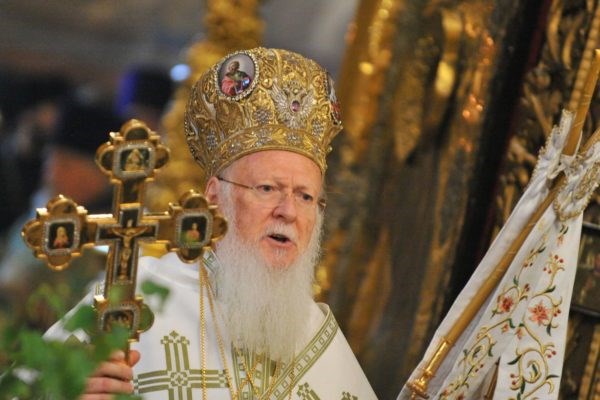 After signing the Tomos of Autocephaly (independence) for the Ukrainian Orthodox Church (UOC), Ecumenical Patriarch Bartholomew said in his address to Metropolitan Epiphany that the Ukrainian nation has been awaiting this day for seven centuries.

“Today, light and joy, peace and unity will fill the holy church of Ukraine, which in your hands is receiving a Tomos of its official recognition and declaration as an autocephalous church, which brings it to the level of the 14 sister-churches that comprise the ‘fullness’ of our holy Orthodox Church,” Patriarch Bartholomew said.

“You had the full right to request and demand autocephaly. It was the right and privilege of your Constantinople Mother-Church to give you the status of autocephaly. We sincerely pray that you will demonstrate that you are worthy of this gift,” the Ecumenical Patriarch continued.

The Patriarch pointed out that the autocephaly will let the Ukrainian people be free “from any foreign pressure and interference, which have frequently not been in favor of their own identity”.

Ecumenical Patriarch Bartholomew signed the Tomos of Autocephaly for the UOC on Saturday, January 5. The document will be officially handed over to Metropolitan Epiphany on Sunday, January 6.

On January 7, Primate Epiphany will perform the Divine Liturgy at the St. Sophia’s Cathedral in Kyiv. The Tomos will be in the cathedral during the service.