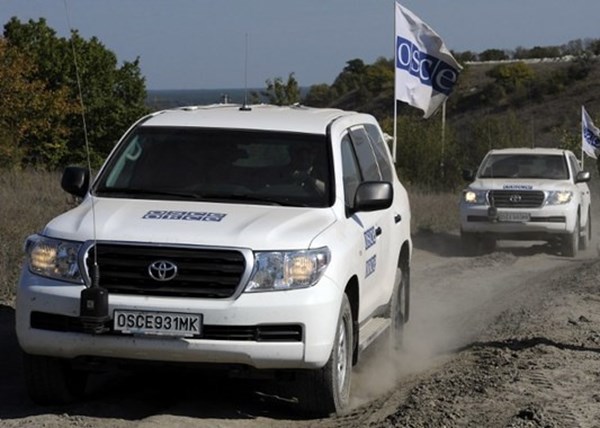 The U.S. Representative to the Organization for Security and Cooperation in Europe, Daniel Baer, stated during an OSCE Permanent Council meeting that the OSCE Special Monitoring Mission to Ukraine has been subjected to a deliberate attempt to ‘blind’ it by blocking or destroying the Mission’s means of surveillance in the Donbas.

“Within one week, militia forces shot down two of the SMM’s long endurance UAVs near Horlivka and threatened to shoot down the other UAVs which were looking for the wreckage of the destroyed vehicles,” the Ambassador emphasized.

He noted that OSCE surveillance cameras were also disabled near Donetsk “which are crucial for monitoring such hot areas like those between Avdiivka and Yasynuvata,” Ukrinform reports. The OSCE representatives were denied access to repair these cameras, Baer added.

“Such efforts to blind the SMM aim to hide the building up of joint forces in eastern Ukraine from international society, as well as the existence of sophisticated weapons in their arsenal and servicemen and military equipment that regularly cross the border from Russia to Ukraine,” Baer stated.

According to him, these efforts are “part of the Russian strategy of deception in order to cover its constant aggression against Ukraine,” the Ambassador stated.

“We see this strategy of deception during each OSCE Permanent Council Meeting when Russia denies that they are participating in the conflict— despite the great deal of evidence to the contrary— and tries try to distract us by accusing Ukraine of failing to implement the Minsk Agreements,” the U.S. Representative to the OSCE noted.

Russian authorities repeatedly deny the allegations concerning the involvement of Russian troops in the conflict in eastern Ukraine.