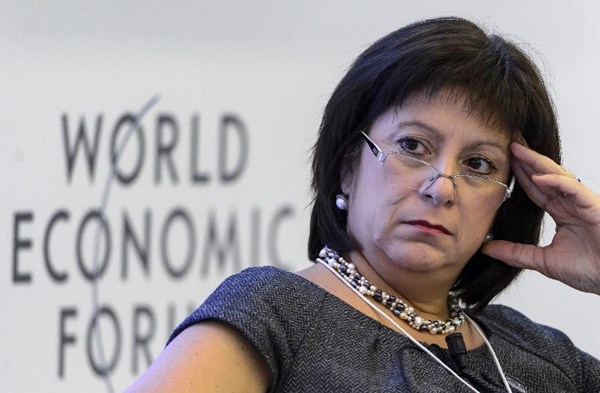 The Minister of Finance of Ukraine, Natalie Jaresko, held a meeting with Canada's Federal Minister of International Trade, Chrystia Freeland, where she asked for Canadian support in the trade dispute with Russia within the World Trade Organization (WTO). RNS reported that the meeting took place at the Davos World Economic Forum, and the details were posted on Jaresko’s Facebook page.

"Today I had a pleasant meeting with the Minister of International Trade of Canada and my good old friend Chrystia Freeland. We expressed the expectation that the work and implementation of the Free Trade Agreement between Canada and Ukraine would be completed as soon as possible," she wrote.

According to Jaresko, they "discussed the possibility of further support to Ukraine on its way to its recovery of economic growth."

"In addition, I asked Canada to support Ukraine in the WTO in trade disputes with Russia,” she said. Earlier, Jaresko announced that the issue of Ukrainian debt to Russia in the amount of $3 billion could be solved without bringing the matter before the court.