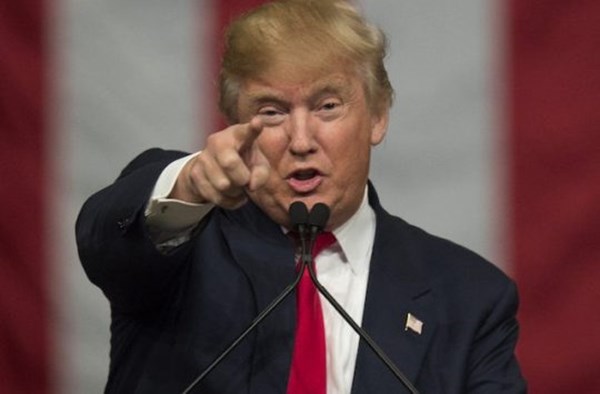 In an interview with the New York Times, Republican presidential nominee Donald Trump suggested that the United States wouldn’t come to the defense of NATO allies, such as the Baltic states, if they haven’t “fulfilled their obligation” to the US.

Trump has repeatedly stated that most Alliance member states are not making the necessary financial contributions to NATO. In the past, the real estate mogul has said that “the US must be prepared to let these countries defend themselves.”

In April, during a really in Wisconsin, Trump said “Many countries are not paying their fair share. That means we are protecting them, giving them military protection. They’re ripping off the United States. And you know what we do? Nothing. Either they have to pay up for past deficiencies or they have to get out. And if it breaks up NATO, it breaks up NATO.”

Following the publication of Trump’s interview with the New York Times, Estonian President Toomas Hendrik Ilves, aware of the benefits of common security for the Baltic States, defensively tweeted “Estonia is 1 of 5 NATO allies in Europe to meet its 2% def [defense] expenditures commitment.”

The presidential nominee has not attempted to hide his admiration for Russian President Vladimir Putin, saying they “would get along quite well”, and exclaimed that it was “a great honor” when the Russian President praised him.

In August of last year, Trump said he “wouldn’t care” if Ukraine joined NATO, and when he travelled there in September, he told Ukrainians that their war is “really a problem that affects Europe a lot more than it affects us.”

Earlier this week, Josh Rogin of the Washington Post reported that the Trump campaign had worked behind the scenes to ensure that the Republican Party’s national-security platform will not include providing Ukraine with lethal weapons, much to the chagrin of many of the party’s foreign policy and national-security leaders, such as John McCain.

Indeed, a journalist at the New Yorker, Ryan Lizza, said he had spoken to a Republican Congressman who told him the “most under-covered story” of the Republican National Convention is the Trump campaign’s efforts to change the party’s platform “to be more pro-Putin”.

The Republican National Convention lasts from July 18-21 in Cleveland, OH.