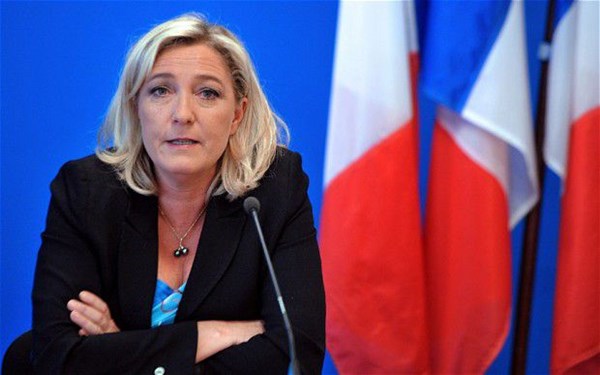 The leader of the French far-right presidential candidate, Marine Le Pen, said that the annexation of the Crimea by Russia "was not illegal since the people voted to join Russia in the referendum."

As UNIAN reported, the Security Service of Ukraine (SBU) sent a letter to the Ukrainian Foreign Ministry requesting that the presidential candidate of the French far-right party, Marine Le Pen, be banned from entering the country, due to her statements about Ukraine’s territorial integrity.

"On January 3rd we have sent a letter to the Ministry of Foreign Affairs to request Ms. Le Pen’s prohibition of entry into the territory of Ukraine. This procedure is standard, especially when it comes to foreign politicians. In other words, we always respect the position of our colleagues from the Ministry of Foreign Affairs when it comes to foreign policies. I think, perhaps, even today, we will get a positive response to our request, " Oleksandr Tkachuk said.

According to him, Le Pen's statements about the Crimea must have consequences as they impair Ukraine’s interests and contradict the international principles that govern the territorial integrity of countries. However, according to Tkachuk, Marine Le Pen is a politician and not a representative of the official French authorities.

He further added that, "if our position to ban Ms. Le Pen from entering Ukraine is supported by the Foreign Ministry, then we will have to decide the length of this ban which could be up to 5 years but this is still to be determined."