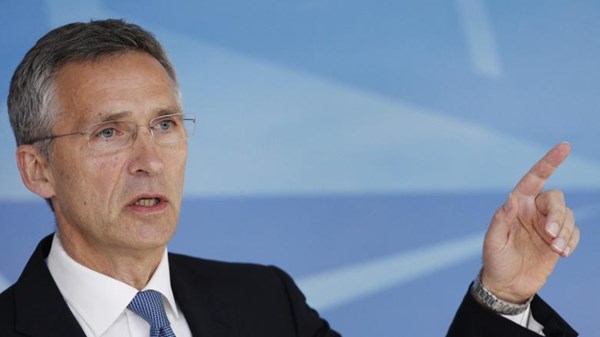 According to NATO Secretary General, Jens Stoltenberg, NATO should respond to Russia’s actions from the position of strength and deterrence. Deutsche Welle reported that he made these statements in his interview with a German newspaper, Die Welt, as well as the Leading European Newspaper Alliance (LENA).

“Moscow illegally annexed Crimea, they support separatists in eastern Ukraine and they have violated international law. This is why we have expanded our presence along the eastern borders of the Alliance,” Stoltenberg said.

According to him, discussions are under way regarding the possibility of sending international battalions to each of the Baltic countries and to Poland. The final decision regarding this will be made before the NATO summit in Warsaw in July 2016.

“Moscow defines the term “substantial combat forces” as permanently housing at least 1000 soldiers in one member state of NATO. We are far from this number,” Stoltenberg said.

He also noted that there is no indication that Russia will attack any of the member countries of the Alliance in the near future.

“We must however be prepared and should ensure full solidarity with the NATO member states. At the same time, we must carry out a policy of containment,” he explained. He went on to call these measures “justified, defensive and in accordance with the international law”.

Stoltenberg stressed that NATO is not looking for a confrontation with Russia and does not want to start another Cold War. He explained that all of their activities are in response to the annexation of Crimea and the destabilization of eastern Ukraine.

He also stated that the channels for political dialogue must be open in order to continue to look for ways to reduce tension and the risk of military incidents. He also did not rule out the possibility of another meeting of the Russia-NATO Council before the summit in Warsaw.