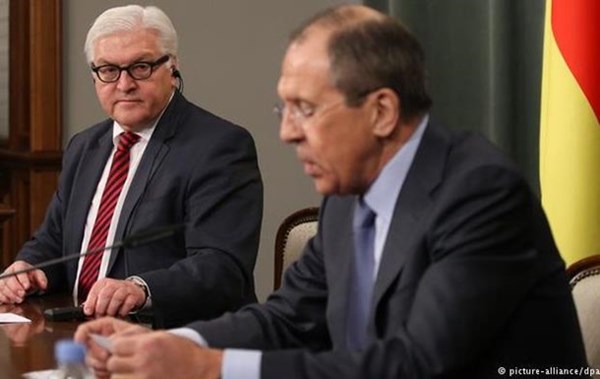 On January 16th, the Russian First Channel aired a program about suspension of the Schengen Agreement because of cases of violence in Germany. During the a story was told about an underage girl named Lisa from a Russian-speaking family, who was allegedly kidnapped and raped by migrants from the countries of the Middle East.

However, it was later discovered that the video, which was showed by the First Channel, has nothing to do with the rape. The video was published on YouTube in September 2009. The police force of Berlin stated that the reports spread by Russian media about the kidnapping and rape of a Russian girl by migrants were false.

In spite of that, Russia continued to promote this story. On the 26th of November, Russian Minister of Foreign Affairs Sergey Lavrov called on Berlin to “not brush the story of Lisa under the carpet.” Lavrov didn’t specify whether Kremlin had evidence about Lisa’s case.

Steinmeier noted that German authorities will do everything in their power in order to get to the bottom of this high-profile event and make this information public. “All necessary results will be provided to the Russian ambassador,” he added.  Steinmeier also noted that the incident complicates an already difficult internal German discussion on migrants.

The German tabloid Bild published a large amount of material about the issue on January 26th. Bild analyzed the Russian TV footage and came to the conclusion that German neo-Nazis and Putin propagandists unite against migrants in Germany and the German legal system by spreading fictional stories about Lisa’s alleged rape by migrants.