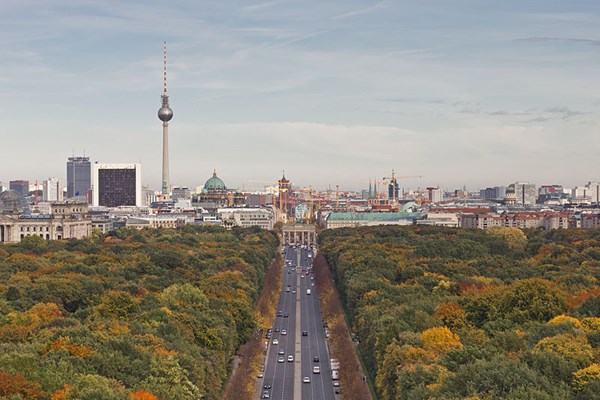 In front of the Chancellor’s home in Berlin, there was a demonstration held in response to the alleged abduction and rape of a 13-year-old girl by refugees.  According to she consented to the sexual contact.  Nearly 700 “Russian Germans” who live in Berlin attended the demonstration under the slogan "Stop violence from migrants." Among the demonstrators were also those known to the police as the Berlin Neo-Nazis.

As the demonstrators stressed their Russian origin, the newspaper Tagesspiegel reported that the demonstration, held under the title "Russians and Neo-Nazis," was a joint demonstration at the residence of the Chancellor.

About six million Russian-speaking people live in Germany.  These are mainly ethnic Germans and Jewish people from the former USSR who immigrated to Germany in the early 1990's.  In their there are many Putin supporters as well as those sympathetic to the German ultra-right.  The demonstrators accuse the police of inaction and collusion with the "criminal migrants."

As for the incident with the little girl, as it has been discussed in the Russian press and the Russian-language social networks, her lawyer, Alexei Dankwardt, has been representing her interests and the interests of her family. He has recommended that the media not communicate with police but communicate only with him. He says that he protects the privacy of the but publicly calls her by name contrary to German law.

No reports of the girl’s medical examination have appeared yet.  Since she is a minor, the only information being provided is that there has been a case of “sex with a minor” opened and it is under investigation.  Most interesting is that although the lawyer does not mention the rape, the Russian press has been discussing it at length. Further, the lawyer is accusing not the Russian press, but instead the German press of uncovering the story of Lisa F.

On Sunday, a meeting of Russian-speaking activists with the same slogans as in Berlin may be held in cities throughout Germany.  the calls to action are widely prevalent in social networks.